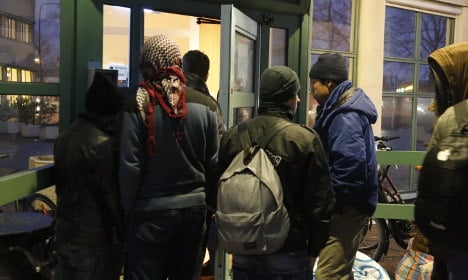 Integration has become an increasingly thorny issue in Sweden, a country famed for its openness and gender equality, but which has struggled to accommodate a record number of asylum seekers in the past six months.

“In some countries where unaccompanied children are from, I know that you perhaps have an upbringing that is gender segregated, where girls and boys hardly ever meet each other,” Sweden's children and equality minister Åsa Regnér told the TV4 broadcaster.

“It is clear that you then need knowledge about how Sweden works,” she said and added that the government would discuss the idea further later this spring.

The idea follows global discussions about sexual assaults after reports of mass attacks in Cologne, Germany, on New Year's Eve and Sweden's summer music festival 'We are Sthlm' – many of which are said to have been committed by refugees and teens arriving in Sweden alone.

DEBATE: 'Look closer at the facts on sex attacks'

It would also follow in the footsteps of similar models discussed in countries such as Norway and Germany and echoes a proposal by Sweden's sexual education organization RFSU last month.

Campaginers argued that refugee boys arriving in the country alone should be offered a training programme focusing on sexually transmitted diseases, gay rights and gender equality.

However, the idea was criticized by a group representing young asylum seekers in Sweden.

“It's totally wrong to lump all unaccompanied children together. They come from different countries and different cultures. Some are educated while others have grown up in the street and never gone to school,” Omid Mahmoudi from Ensamkommandes Förbund told the TT newswire at the time.

A total of 163,000 asylum seekers – including 35,000 refugee children, two thirds of whom came from Afghanistan – arrived in Sweden over the whole of 2015, according to the country's migration agency, Migrationsverket.