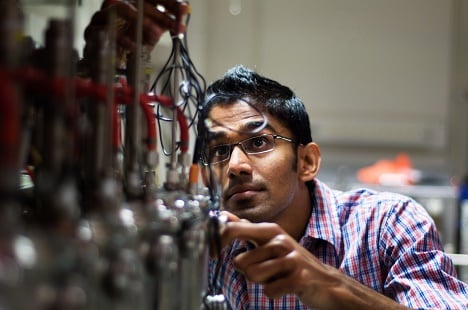 Our attachment to our own ideas is interesting. They don’t exist as anything material beyond a temporary configuration of neurons. We have rarely invested much in them before communicating them to our peers and the cost of a rejected idea is usually zero.

And yet we’ve all experienced that sinking feeling of a precious idea being shot down by a cynical, arrogant or just plain stupid colleague. When this happens on a regular basis, The Fear sets in. Fear of rejection, fear of humiliation, fear of looking like you don’t understand your business. It doesn’t take long for the ideas to dry up.

But the workplace culture in Sweden is geared towards encouraging ideas. Everyone’s voice can be heard and everyone’s ideas are of equal value – until they are politely proven not to be, by which time nobody remembers who came up with each idea in the first place.

At Klarna, one of Sweden's most successful startups, all ideas are treated seriously.

“We encourage everyone to send in any ideas they have to a special email address, and those messages are read by the entire management team,” deputy CEO and co-founder Niklas Adalberth explains. Klarna also has physical boxes where people can add tips, and the company hosts hackathons from time to time – specifically to get the staff’s creative juices flowing.

In other corporate cultures, an institutionalised ‘survival of the fittest’ mentality encourages individuals to fight hard for their own ideas. Does this gladiatorial approach mean that the best idea emerges victorious? Or does it mean that whoever fights hardest for their idea wins?

The Swedish consensus approach – where decisions are taken by the group rather than imposed by the boss – encourages people to contribute to others’ ideas because the group will get the credit.

“’No one has a monopoly on good ideas’. Håkan is the CEO of his band, and his job is to facilitate those discussions and help turn those ideas into realities.” So colleagues at Stockholm start-ups habitually share ideas. But there is one other crucial factor, the sea on which any company will rise or fall: the customers.

According to Klarna’s Niklas Adalberth, the customers must also be an integrated part of a streamlined creative process.

“The best ones to be creative with are the customers,” he says.

“For instance, in our case, the merchants who use Klarna. What do they want? What works for them? That's where the creativity becomes tangible and implementable, not just sitting in your cave thinking about it yourself.”

Nobody has all the answers. It’s a simple fact that, for good or bad, is drummed into Swedes from an early age. But one positive result is that Swedish CEOs and founders instinctively have the humility to listen to their team members.

“Knowledge sharing among people and start-ups fosters creativity,” says Jessica Stark at SUP 46. “Don't listen only to the boss, and don't be afraid of what you can contribute.”

Read more about the secrets of Swedish startups here.

How to do it the Swedish way: