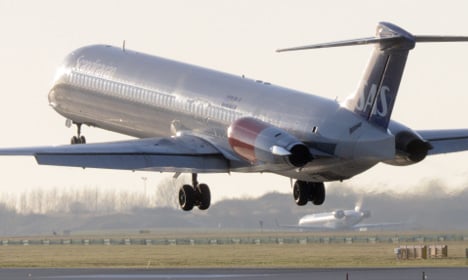 More than a 1,000 passengers were hit by the two-day strike which got under way as Nordic commuters began their working week.

Flights to and from Stockholm's Arlanda airport and Kalmar and Visby in Sweden were cancelled on Monday and Tuesday as well as services to Finnish destinations Åbo and Vasa.

But on Tuesday afternoon bosses confirmed in a press statement that transport unions had reached an agreement with SAS which included raised wages and increased opportunity to work flexible shifts.

“Union members have today got a collective agreement with decent salaries and good conditions,” said lead negotiator Niklas Hjert of the Unionen union in a statement.

The row between bosses and staff working for Scandinavia's largest airline had focused on the conditions of around 30 cabin crew who work on SAS flights which are operated by the UK-based budget carrier Flybe.

The staff on the affected routes are employed by a recruitment firm called Global Employer Company (GEC), and the Swedish pilots' union and Unionen had been trying to pin down a deal for them since last autumn.

“We are delighted to finally be able to sign a collective agreement for cabin staff at GEC. It has been our desire since negotiations began last autumn,” said Elisabeth Holming-Schiller, CEO of Svenska Flygbranschen, which represented the airline in the negotiations.

SAS had previously threatened to close down a “large number of regional routes” in the Nordics if unions failed to accept its terms.

Crunch talks between union representatives and the airline had originally been set to end at 3pm on Monday but the two sides did not reach an agreement until 24 hours later.

SAS, which is partially owned by the governments of Sweden, Denmark and Norway, has spent the past few years struggling in the face of growing competition from low cost airlines, including Ryanair and Oslo-based Norwegian, Europe's third-largest budget carrier.

But in September it announced its pre-tax profits were 30 percent higher this summer than in 2014 and said the firm had celebrated its best July for a decade.