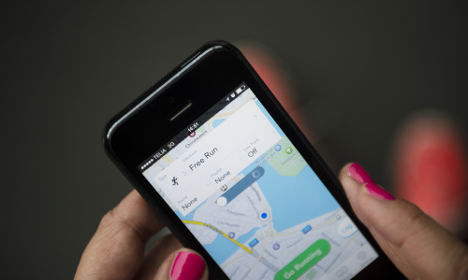 The Runkeeper app is among those singled out in a report by Sweden's consumer watchdog. Photo: Vilhelm Stokstad/TT

The craze for fitness apps in tech-savvy Sweden might be helping to keep the population in shape, but it comes alongside dangers linked to the sharing of personal data, according to Sweden's consumer rights association Sveriges Konsumenter.

The organization has criticized five popular smartphone services for the way in which they handle customer's private information: Runkeeper, Strava, Lifesim, Endomondo and MyFitnessPal.

Sveriges Konsumenter's Secretary General Jan Bertoft argues that users are not given enough control over how data about their health is used and shared and says that many customers are unaware of the complex terms they have signed up to when downloading the apps.

“There are a number of very dubious conditions that are difficult to spot among a thick forest of words. It is the basic right of a consumer to be able to understand what is going on,” he said in a statement on Monday.

The consumer watchdog noted that of the five apps, Strava was the only one to make it clear that some data could be shared with a third parties.

It said that calorie-counter MyFitnessPal's terms and conditions even make it possible for the firm to use customers' names and profile pictures if they wish, while the Runkeeper and Endomondo apps can share the locations of their users, even when they are not exercising.

“We consumers have to become much more suspicious, our personal data has a hard value,” Bertoft argued.

None of the apps singled out by Sveriges Konsumenter immediately commented on the allegations in the Swedish media.