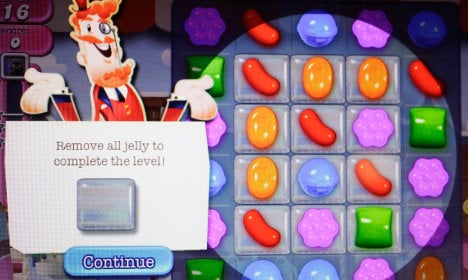 King announced on Tuesday afternoon that it has officially joined forces with the Californian giant, effectively making the two firms the biggest computer gaming network in the world, it said.

The company explained that it would continue to operate as an independent unit, with its manager and co-founder Riccardo Zacconi staying on as chief executive alongside chief operating officer Stephane Kurgan.

“We are thrilled to now be a part of Activision Blizzard and can't wait to start working together. I want to thank everyone at King for all of their hard work since we founded the company 13 years ago,” said Zacconi in a statement.

“We are excited about the future as we continue developing more exciting games and explore new ways to serve our players and build on the greatest franchises in interactive entertainment.”

King already has game studios in cities including Stockholm, Malmö, London and Bucharest as well as offices in Seattle and San Fransisco in the US.

Alongside Candy Crush it has developed more than 200 titles including Farm Heroes, Pet Rescue and Bubble Witch and reported having 340 million average monthly unique users in the second quarter of 2015.

Activision Blizzard, meanwhile, is behind worldwide hits such as World of Warcraft, Call of Duty and Guitar Hero.

Welcoming the acquisition of King on Tuesday, its chief executive Bobby Kotick said: “We now reach over 500 million users across almost every country, making us the largest game network in the world. We see great opportunities to create new ways for audiences to experience their favorite franchises (…) across mobile devices, consoles and personal computers.”

As The Local reported when the prospective deal was first announced in November, King and Activision’s management are understood to have first met three years ago.

However discussions intensified last year as King’s shares dipped, 12 months after the Swedish firm was listed on the New York Stock Exchange.

The acquisition spells one of the biggest gaming deals on the planet in recent years. Last September Sweden's Minecraft developers Mojang were bought up by Microsoft in a $2.5 billion agreement.