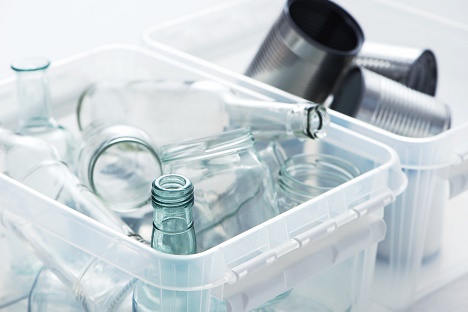 My time spent studying in the Swedish city of Lund has strengthened my belief that the Scandinavians really are a class act.

I have been charmed by the greenery, awestricken the beauty of their cities, fascinated by the orderliness, among others. Coming from a developing country, I have also been enthralled at Sweden’s approach to waste management and its forward march towards a zero waste future, with approximately 99 % of collected household waste recycled or reused for other purposes.

In contrast, waste is a huge problem in many sub-Saharan African cities, including my home city of Monrovia.  UNEP has in the past urge the government and the public sector to repair the country’s broken system for collecting trash and affirming that solid waste management is arguably the greatest public health threat in Monrovia.

In response to the mounting waste problems, the municipality introduced several initiatives, such as the Improved Primary Solid Waste Collection in Poor Communities of Monrovia (IMPAC) program funded by the Bill & Melinda Gates Foundation, aimed at triggering private participation in waste management.

The extent of the waste challenge is encapsulated in an Africa Review report on Waste Management which pointed out that less than half of wastes in African cities are collected, with the rest being dumped in the urban landscape.

But the problem of waste management in many African cities, including Monrovia, is not just the issue of collection, but the rapid and unsustainable population growth that is stretching the resources of municipalities. For Monrovia, since the cessation of decades of civil wars, the populations of urban centers continue to swell due to a high growth rate as coupled with a growing rural to urban migration.  This unsustainable urbanization has resulted in poor health and environmental conditions in Monrovia.

Solid waste disposal has become an overwhelming task for the municipalityas they struggle in tackling the mounting waste situation. Solid waste management challenges in Monrovia include higher cost and difficulties of disposing the large volume of waste generated by households and businesses, with a huge quantity of solid waste generated remaining uncollected or haphazardly disposed of by residents.

For now, the municipality is largely using land filling to solve the solid waste problem. This appears to be a more suitable option for waste disposal at the moment given that Liberia lacks the capacity to adequately utilize other options such as reuse and recycling or recovery.

This option, however, is down the waste hierarchy which prioritizes environmental friendliness with waste prevention at the top, followed by minimization, reuse, recycling, energy recovery, and disposal.

The level of awareness in Sweden regarding waste management is simply astounding. Households have seamlessly been able to adapt to a waste system in which they play a key role. Households separate their organic wastes, plastics, newspapers, electric appliances, batteries, light bulbs, amongst others.

Furthermore, the municipalities have in place an excellent waste collection system.  Wastes, sorted at the household levels are picked up by different entities.

For example, In Lund, my current city of residence, household wastes such as garden and kitchen wastes are collected by SYSAV, while Förpackning och Tidningsinsamlingen  is responsible for the collection of newspapers for recycling and Returpack  is responsible the collection of  bottles and cans for recycling. SYSAV incinerates the wastes which provide district heating and electricity for homes.

These EPR schemes ensure that there is a free take back of certain products by manufacturers at the end of life of the products without costs or hassle to the owners or last owners of the products.

Producers are mainly responsible for the financing of such EPR schemes for the taking care of products that may be harmful to the human health and the environment at the end of the product life. More importantly, these schemes are also vital in recovery and reuse which actually reduces resource consumption.

Sweden also has incentive-based mechanisms, such as the deposit refund for bottles, which encourage households to return their bottles and other items for recycling. It is interesting to note that the idea of EPR and its concept as a preventative environmental protection strategy was first introduced in Sweden by one of the researchers at my institute (The International Institute for Industrial Environmental Economics-IIIEE), Dr. Thomas Lindhqvist, in a report for the Swedish Ministry of the Environmental and Natural Resources in 1990.

What this elaborate network of waste collection does is that it tackles the issue of waste from a systematic approach and ensures that wastes are properly treated while recovering and recycling waste components which reduce the pressure on the consumption of virgin materials.

But even if we acknowledged the fact that African cities are saddled with huge technical impediments and financial difficulties, the need for a concerted approach to managing waste cannot be diminished.

Unsustainable waste management has adverse consequences for urban populations and the myriad of challenges they present includes triggering epidemics such as cholera and diarrhea, breading mosquitos that lead to diseases such as malaria, the emission of obnoxious odors and methane, the littering of streets with plastics, and flooding due to the blockage of drainage systems. In short, the costs of not adopting a sustainable approach to waste management are inevitably higher on the population.

A first start for African cities would be recognition that wastes can be a resource that can be reused, recycled or recovered. This is the approach adopted by municipalities in southern Skane in Sweden and this has led to the creation of the SYSAV waste treatment company which serves the region.

SYSAV, and the municipalities, promote the sorting of wastes for reuse, recycling or energy recovery with only a small fraction of wastes going to landfills. Energy recover from the wastes is used for district heating producing approximately 1,400,000 MWh of district heating a year, which roughly equates to the heating of 70,000 small houses. The incineration plant also produces around 250,000 MWh of electricity a year.

This is testament to the fact that sustainable waste management in the long term can lead to extensive recovery of materials and energy and lead to a vastly reduced need for landfills.  The waste incineration plant is not only solving the problem of physically removing wastes from homes and streets, but actually producing district heating and electricity! Sweden currently  have 32 waste-to-energy (WTE) plants and these plants are jointly producing about 20 percent of Sweden’s district heating as well as electricity for about 250,000 Swedish homes. Waste can indeed be a resource.

While waste incineration might be an option for treating wastes in African cities, the lack of technical knowledge and economic problems is a major hindrance to a large scale deployment of waste to energy plants for many African cities. But the evidence from Sweden’s successful waste-to-energy model suggests that waste to create energy is a viable option for solving African cities waste problems whole also producing energy, given that many countries have very low access to energy. Waste can be incinerated to produce electricity while methane can be collected from landfills and be used to generate heat or electricity.

Additionally, in a bid to address the waste challenge in African cities, it is crucial for African municipalities to begin to prioritize waste management by adopting a more integrated approach to waste management by making strategic choices about the kinds of socio-technical solutions that can be implemented realistically, taking into account their financial and social long-term sustainability and not just copying models that may not work.

This would help municipalities in policy making, for example in terms of allocation of resources or taking into consideration the life cycles of products and how products should be treated at their end of life. For example, Ghana has begun the phasing out of incandescent light bulbs since the mid-2000s with the aim of conserving energy as a result of the energy crisis.

But this policy did not take into consideration how to treat the resulting wastes from used light bulbs that have reached their end of life. Therefore, light bulbs are placed with other wastes unsorted, in contrast to Sweden which have in place an EPR system that places the burden on producers of light bulbs to collect end of life bulbs from households. Considering the complexity of waste management, it is necessary that municipalities in Africa involve a variety of stakeholders, from local communities to policy-makers, including industries and farmers, for success to prevail.

Unfortunately, there is no one best solution to solving the waste problems in most African cities. African municipalities have to engender the necessary mix of options, deploy the appropriate knowledge and combine the appropriate technologies with existing social interventions to be able to tackle the problem of waste in African cities.

Phillip Garjay Innis is from Liberia and is a holder of a Swedish Institute Study Scholarship at the International Institute for Industrial Environmental Economics (IIIEE) at Lund University.