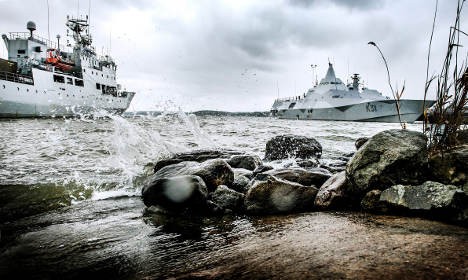 Six months after a search for a foreign submarine spotted in Swedish waters in October 2014 grabbed global headlines, another unknown vessel was sighted in the Stockholm archipelago, according to sources speaking to Swedish daily Dagens Nyheter (DN).

The newspaper reports that an unfamilar periscope was seen in Swedish waters by naval staff while they carried out a military exercise east of a lighthouse called Vindbåden in early 2015.

Digital military records which track the location of Swedish vessels later confirmed that no Swedish submarines had been in the area at the time, suggesting that the periscope may have come from a foreign intruder violating Swedish waters.

According to DN, the incident was considered so serious that it was reported to Sweden's Defence Minister Peter Hultqvist, but it was not revealed to the general public.

Hultqvist would not comment on the sighting when approached by the newspaper, but confirmed that there was generally more security around Sweden's coastline and said that the Scandinavian country was working to improve its “anti-submarine warfare capacity” due to “more activity in the Baltic region”.

Sweden launched an extensive naval search operation in the autumn of 2014 after a foreign submarine was seen in the Stockholm archipelago, which experts widely believed to be Russian, although this was never proved.

However the failure to locate the submarine raised questions over the non-Nato country's military capabilities after years of cutbacks in the post-Cold War era and the search operation was widely ridiculed as a failure by several foreign media outlets.