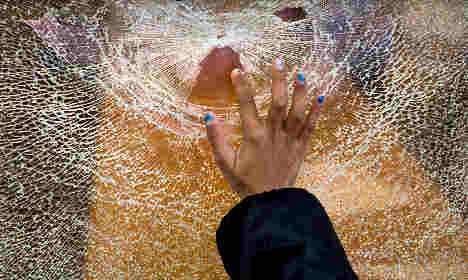 Police said feelings were on edge in the shelter after the attack. Photo: Pontus Lundahl / TT

Police said the attack occurred in the small town of Timrå in the early hours of Saturday morning when a group of people travelling in two or three vehicles drove up to the shelter and at least one person began smashing windows.

Shortly after the attack, officers were able to apprehend one person who was found “hiding in the forest” close to the shelter.

Police have launched an investigation into the incident which they said had left residents of the shelter “feeling on edge”.

Sweden has in the past year seen a surge in attacks on the country’s asylum centres. In 2015, a total of 322 incidents of vandalism were reported, more than the double from the year before.

Arson attacks on asylum shelters have also increased, with at least two dozen centres reduced to ashes or damaged by fire last year.

Sweden, like the rest of Europe, has been struggling with the continent's biggest migration crisis since World War Two.