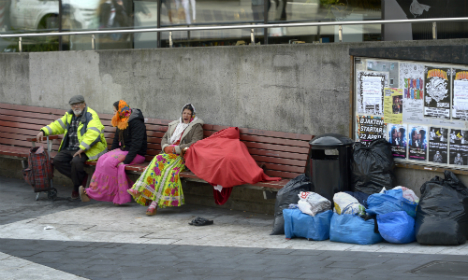 Police only find beween 10 to 20 percent of the people who go missing. Photo: Janerik Henriksson/TT

In its latest budget proposal, the Swedish Migration Agency estimates that 46,000 people will “disappear”, or go underground, by 2019 after having their asylum applications rejected.

In 2015, more than 7,330 people went missing in Sweden after being denied asylum.

Although many of those who are denied asylum will leave Sweden, Lövenborg said a great number will still stay and live as undocumented refugees.

“It’s a huge amount of people that will disappear. It’s problematic. We [only] find between 10 to 20 percent of them.”

“We’re not very successful today. It’s not something we prioritise. We’re putting more efforts into it now, but the demands are growing a lot more,” he added, referring to the challenges of tracking people down.

The Swedish Trade Union Center for Undocumented Migrants estimates that Sweden is currently home to between 30,000 and 50,000 undocumented migrants.

Sten-Erik Johansson, a union official, is convinced that the majority of those who have their asylum applications turned down will stay in Sweden.

“What do they have to return to? Even those who will face a very poor life [here], because the alternatives they have aren’t that much here,” he said, warning of the effects of such a surge.

“I think there will be horrific consequences,” he said. “They know that they have to live outside the rules of society.”

Sweden, like the rest of Europe, has been struggling with the continent's biggest migration crisis since World War Two.