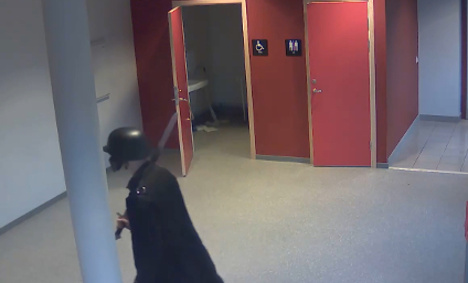 A preliminary investigation by police in Trollhättan concluded earlier this week that Anton Lundin Petterson acted alone and said he could not be prosecuted or be asked to pay damages to victims because he was shot dead by police at the scene.

However regional newspaper TTELA reported on Thursday that pupils and staff from the school in western Sweden can still apply to Sweden's compensation authority for crime victims, Brottsoffermyndigheten.

According to the paper, Mats Dahlbom, chief lawyer for the city of Trollhättan, has recommended that anyone who was at the school on the day two staff members and a pupil were stabbed could be entitled to a payout, although they must each apply for the money separately.

“If is the case that someone feels affected, they must report themselves to police and notify Brottsoffermyndigheten,” he is quoted as saying. “No, its Brottsoffermyndigheten which decides that.”

Police revealed earlier this week that Anton Lundin Pettersson had spent two weeks plotting his attack and deliberately chose a school with a high proportion of immigrant pupils.

He had asked to take time of from his apprenticeship, spent all his money and even written a farewell letter, according to their preliminary investigation.

A search of the killer's online history showed that he had looked at and saved images and films that propagated racism, Nazism, and anti-Muslim sentiment.