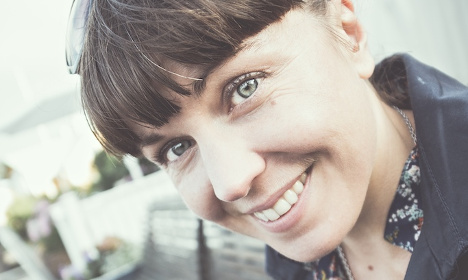 Jane Ruffino. Photo: Private
Make no mistake, Jane Ruffino is one of those people who loves to talk. But listening to the communications expert reel off her recent projects, it's clear she has a lot going on that's worth talking about.
“I'm a content-designer-slash-editor, mostly working with startups,” she explains.
“I help people to get their messages across, from regular copywriting to content planning, reworking their websites or maybe helping them to refocus on just one business goal.”
Since moving to Stockholm two years ago, Ruffino has worked for a range of Nordic companies, collaborated with businesses in the UK, Ireland and Belgium and even done a stint in New York overseeing communications for the US launch of a Swedish app.
She currently spends three days a week based at a tech firm in the capital, while doing freelance consultancy work and writing a column for The Sunday Business Post, a newspaper based in Ireland.
A self-confessed 'Duracell bunny' (“people have been calling me that since I was about two years old!”), she's quick to recognize that while she's found plenty of work, not all Scandinavians know what to make of her tireless supply of energy.
“Sweden isn't always an easy place to be for someone as outgoing as me,” she admits.
“I feel like a social bull in a china shop sometimes here and I am trying to learn to pull back, to give people space (…) But the companies I have really clicked with know they can rely on me. Even though I might swoop into an office in my red cape talking non-stop about dogs or fashion or whatever, I also know how to get a job done,” she laughs.
“And what some people have said to me is that by being who I am, I also give Swedes a context in which to be enthusiastic and more open.” Ruffino wants Swedes to become more open. Photo: Private
Ruffino initially moved to Stockholm after meeting her Swedish partner online while she was living and working in Ireland. But even though that relationship ended, she says she has no regrets about creating a new base for herself in Europe.
“It's a good place if you're prematurely middle-aged,” she jokes.
“I am okay with there not being a crazy night life and I love the fact that going for a coffee is a 'thing'. I like that there is a word – a verb – for going for coffee,” she smiles, referring to the Swedish word “fika”.
“I think it's really valuable and it says a lot about the culture. Swedes are able to relax and I love that everyone hugs each other, even the guys.”
Having grown up in chilly Boston, she also cherishes being surrounded by snow again during the winter (“in Ireland it just rained all the time”) and meeting so many people who share her passion for outdoor exercise (“no one here thinks it's weird if I go for a run!”).
Quick to add that there are nevertheless “plenty of things” that annoy her about Sweden, Ruffino argues that she's perhaps more accepting than other immigrants, having already done one long stint abroad in Ireland, where she first relocated to as an undergraduate archaeology student.
“I am always happy to listen to friends if they are unhappy about living in Sweden. But I am trying to see it [my experience] more as having a conscious relationship with the culture,” she explains.
“You should think about how much you can live with and how much you should change…allowing it to have an impact but knowing where your boundaries are.”
The 40-year-old is also keen to stress that she is well aware of the record numbers of people who have recently moved to Sweden fleeing conflict and oppression.
“If you are lucky enough to be able to choose where you live then you should be self-reflexive enough to accept it.”
“I am a white American woman so I know I am tremendously privileged. Most people don't have that luxury.”