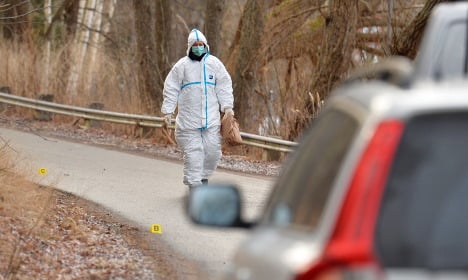 Police and emergency services were called to an area in the Vårby gård suburb south-west of the Swedish capital at 3.47am, after witnesses had seen an injured man on the ground near the water.

The man, who has not yet been identified, was unconscious when he was found and was taken to hospital with life-threatening injuries.

“We are able to say that he has been shot, he has a gunshot wound to his head,” police control room officer Lars Alvarsjö told the Aftonbladet tabloid, adding that an investigation into attempted murder had been launched.

Police were examining the scene on Friday morning, but said they had not yet been able to confirm whether or not the shooting took place on site or if the man was taken there after he had been shot.

“That's what we're trying to determine right now. If he has been dumped there or if it happened there,” said Alvarsjö.

Nobody had been arrested by 8am.

The incident comes just a day after a 23-year-old man was shot dead in the Stockholm suburb Bredäng. Police could not confirm if they were connected, but said they were investigating potential links.