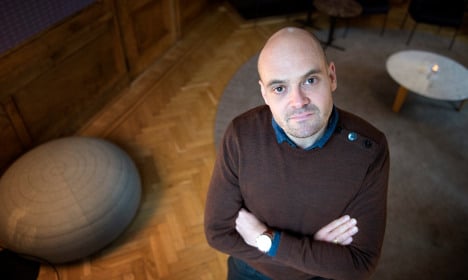 Dencik also starred in both the Swedish original and David Fincher's US remake of Sweden's arguably most famous Nordic Noir of all time, 'The Girl with the Dragon Tattoo', based on the novel trilogy by author Stieg Larsson.

Top of the Lake is directed by Jane Campion, who won an Oscar for 'The Piano' in 1993. It is a dark thriller which is set in a small town in New Zealand, where a detective investigates the mysterious disappearance of a pregnant 12-year-old girl.

Dencik will join a star-spangled cast of Elisabeth Moss, of Mad Men fame, who plays the lead character in the New Zealand thriller, and Gwendoline Christie from fantasy drama Game of Thrones.

The second season, which takes place in Sydney, Australia, is scheduled to first premiere on BBC Two in the UK next year and later in the year on SundanceTV in the US.

Dencik, who also lives and works in Denmark, is just one of many Swedes making waves in Hollywood and international TV series. Joel Kinnaman is currently starring in the fourth season of US political drama House of Cards, which was released on Netflix earlier this month.