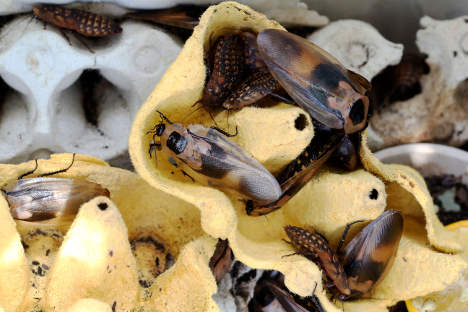 Staff at Svenstavik post office in northern Sweden had a nasty surprise this week.

They called police after discovering that a parcel appeared to “behave” in a mysterious way – as if something inside were alive, reported Swedish regional radio station P4 Jämtland.

It was not known whether officers ever unwrapped it or not, but after some detective work they managed to confirm the mysterious contents.

300 live cockroaches, crawling all over each other inside the parcel, which was equipped with air holes.

Police could eventually track down the addressee, who, it turned out, had ordered the insects to feed his snakes.

And officers gave it their stamp of approval. As long as it not imported from abroad, it is completely legal to send similar packages by mail, said a police spokesperson.

“We're mainly pleased that we did not have to take care of and arrange shelter for the animals.”