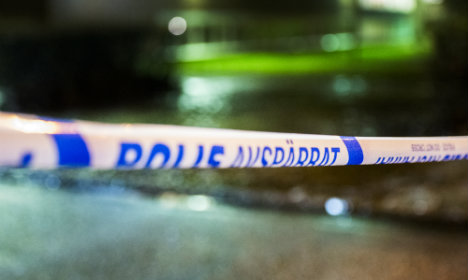 The building’s intruder alarm was activated just before the fire started – leaving police to treat the incident as arson, reports broadcaster SVT.

“The police have opened a report on severe damage [to the property] and have filed the incident as an act of arson,” Mikael Eriksson, chief officer with Sörmland Police, told SVT.

The fire, which broke out at 2.45am on Friday, was extinguished by firefighters but the building was left ‘severely damaged’.

Eriksson said that he expected examination of the scene to be conducted during the course of Friday.

Michael Gregebo, team leader of the emergency service unit that dealt with the blaze, told SVT that there was considerable damage caused by smoke and soot throughout the building.

“There is not so much fire damage and we have not used so much water,” said Gregebo.

“But even though the house is still standing, there is quite extensive damage. But hopefully it is not completely destroyed.”

Strängnäs councillor Monica Lindell Rylén told SVT that the burning down of the centre was ‘tragic’ for those it had been intended to help, including unaccompanied refugee children.

“The building has been empty since autumn, I think,” said Rylén. “Since then, the plan has been to turn it into a day centre and shelter for unaccompanied refugee children.

“We had applied for building permits, and had intended to look into the cost of renovation. I understand a number of people wondered what was going on – but we were planning a centre for refugee children,” continued the councillor.

Far-right arson attacks targeting shelters have surged since 2014, with at least two dozen centres reduced to ashes or damaged by fire last year. According to Eriksson, the increase in incidents resulted in police stepping up their attention on buildings used to shelter asylum seekers in December 2015.

Sweden took in a record batch of asylum seekers in 2015, receiving 163,000 applications. On Thursday, a man died from his injuries after being stabbed at asylum accommodation in the Dalarna region.

Rylén told SVT that she believed incidents such as the one in Åkers could be avoided if the public was better informed about asylum shelters and the people that use them.

“They [refugees] are often all lumped together because of some thing that happened somewhere,” she said. “We should be able to give children safety and a good future life. For them to feel threatened instead is terrible.”

According to Rylén a better understanding of the ordeals suffered by refugee children is needed.

“You need to get to know them to gain an insight into their lives,” she said.