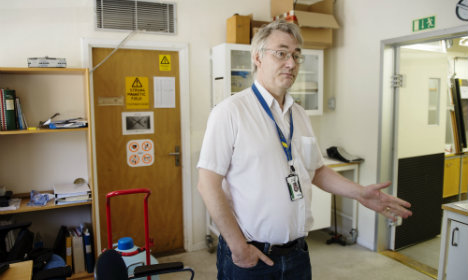 The group at the Swedish Defense Research Agency (Total försvarets forskningsinstitut, FOI), led by explosives expert Henrik Östmark, is aiming to change the nature of active ingredients like hydrogen peroxide in household and industrial products to stop them being used for criminal acts.

The FOI researchers hope that their work may produce results as soon as this year, making the ‘raw materials’ of homemade bombs harmless without affecting the practical usefulness of the chemicals.

“Many of [the chemicals] do useful jobs in society, so it’s no use banning them completely,” Östmark, FOI’s head of research into energetic material with explosive properties, told SVT Nyheter.

“One example is hydrogen peroxide, which is used in bleach and disinfectants but also for bombmaking.”

The project aims to discover substances that function similarly to methylated spirits – which retain their flammable qualities but are undrinkable, reducing health risks.

The new chemicals must not be harmful to people or the environment and cost should also be taken into consideration – all significant obstacles, according to the SVT report.

“The technical challenges are big and there is not a lot of interest in changing things within the chemical industry,” said Östmark. “And it is also difficult to change the manufacturing process.”

Östmark told Ny Teknik that he and his team have discovered a ‘gagging chemical’ – the details of which remain under wraps – that inhibits hydrogen peroxide. But the chemical industry has so far only shown lukewarm interest, due to the more complicated production and shorter storage life of the new formula.

Östmark and his team are also working on a new technique for scanning for the chemical raw ingredients of bombs – enabling easier detection in public places like airports and railway stations.

The new scanning method would offer a new tool in the fight against terrorist attacks such as the ones seen in Brussels this week.

“The advantage of the new solution is that it can scan people as they pass through an entry, so it would not cause queues. It is small and not very visible,” Östmark told Ny Teknik.

“It could be installed at the entry to important sites, scanning everyone that passes through – unnoticed.”

Östmark also declined to reveal details about the technique – describing it as ‘an old technique, with new sensors’ – but told Ny Teknik that he expects it to be on the market within five years.