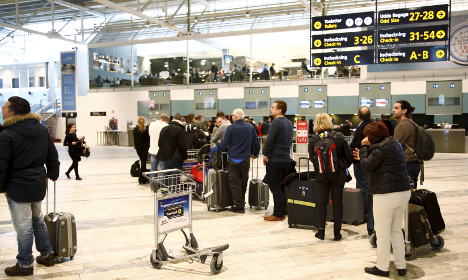 File photo of passengers at Landvetter airport. Credit: Thomas Johansson/TT
Police said that a threat had been made against the airport and that bags discovered in the domestic arrivals hall contained “unknown content” that needed to be checked out by bomb technicians.
“Since then staff have been on high alert and we have had extra police on the ground,” Peter Adlersson, a spokesperson for the region's police force told the TT news agency.
“It's better to be safe than sorry,” he added.
Regional newspaper Göteborgs-Posten (GP) reported that an explosive substance called pentyl had been found in the arrivals zone, citing SOS Alarm, however The Local could not confirm this with the police or Swedavia, the company that runs the airport.
Cars were immediately diverted away from the terminal, while flights from domestic gates were diverted to parts of the airport usually reserved for international arrivals and departures.
“Police decided to block the domestic terminal and the entrance to the airport building,” Ulf Walling, head of Swedavia, told TT at around 2pm.
He gave few other details, stating that the incident was now “a police matter”. However he apologised to customers who could face delays as a result of the evacuation.
“This means that it could get a bit messy regarding some departures. Most likely, air traffic will be affected by this.”
However an hour later, Åsa Öhnan, a press officer for the company told The Local that Swedavia had managed to avoid any flight cancellations or significant delays.
“So far there are no delays because you can check in as normal from the departure hall,” she said.
“Five gates are affected (…) We have moved aircrafts to other gates.” 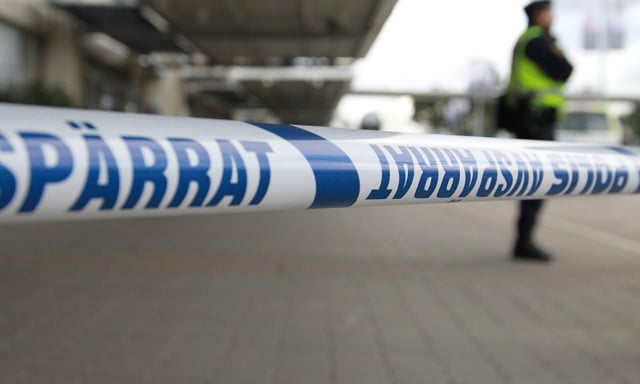 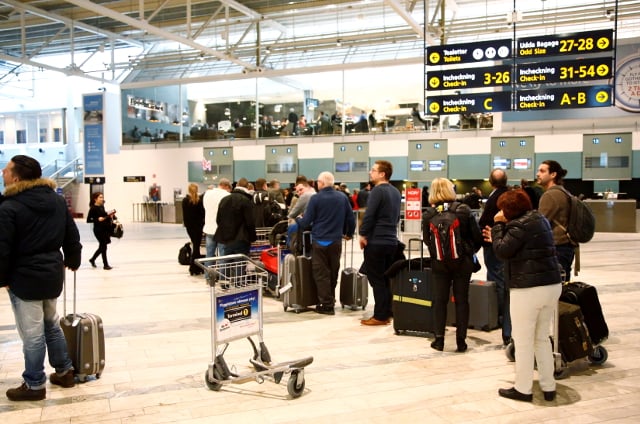