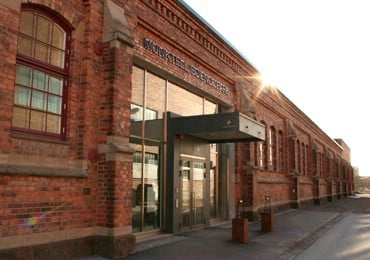 Last Wednesday, I took part in a study visit to Munktell Science Park that provided me with some useful insights about the Swedish innovation scene. During the visit, the SI group met Thomas Karlsson, a CEO of Munktell, and other researchers and practitioners from the science park.

The session ended up with a creative workshop where all the participants, divided in small groups, developed own solutions for the current migration challenge in Sweden and tried to pitch them to professionals from Munktell.

Innovation as a “grassroots” movement

Munktell Science Park, located in a small municipality of Eskilstuna, was created as a result of a “grassroots” initiative. The idea came from the local researchers who had a daring plan to boost the local innovation scene. After just 14 years, Munktell became a home for some 40 startups and raises up to 50 mln SEK venture investment per year. What a result for a small team of ten people currentlyrunning the project!

This is a truly amazing story for me, because I am coming from the country where the first innovation park was established under the Special Strategic Super-Boring Presidential Decree. Sadly, RussianInnovation Park Skolkovo failed even with all the generous infusions of public money. Clearly, real innovation is a movement coming ‘from below’, and one cannot innovate just because the government said to do so.

You do not have to be young or educated

The initiative to create a science park in Eskilstuna initiated in Mälardalen University but it’s not only students and recent graduates who are interested to join the science park. Currently about 40 percent of the residents in Munktell do not have a university degree, and many innovators are older than 40.  The eldest startup founder is already in his 70's.

A local community with the global vision

Another interesting principle in Munktell is a collaboration with the local investors. The early-stage funding comes primarily from the business angels residing in Mälardalen and from the public funds. However, the majority of local startups are oriented at international market, and some of them develop products and services that are unique in the world, for instance, a helper robot for firefighters or a robot assistant for people suffering the coordination disorder.

Finally, Innovation Day in Eskilstuna was another great opportunity for networking with the fellow NFGL members. I had a change to meet a team of young developers from Örebro University who may soon become successful Swedish entrepreneurs.

SI scholarship holders Sokhan Sereyvisith and Charles Bukenya are developing a new app called Scholarship Finder that will allow users to find a perfect opportunity for future studies or research worldwide. The developers themselves didn’t ask me for publicity, but I’m so excited about their idea that I cannot stop myself from sharing it.

Is anyone else in NFGL planning to start his or her business in Sweden? Please share your story!