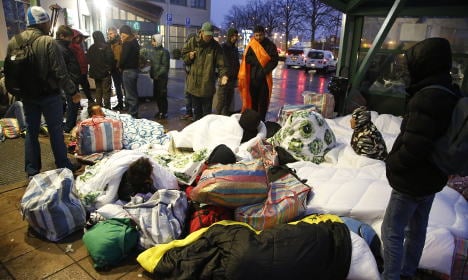 Sylvi Listhaug used Sweden as the cautionary tale when speaking about recent terror attacks in Europe, as well as a package of asylum reforms due before the Norwegian parliament shortly.

“Many of those who have carried out terror attacks in Europe are born and raised in France and Belgium. It shows how important it is to succeed with integration and that is again connected to how many come to Norway. Therefore a tight immigration policy is important,” she said.

In the aftermath of the terror attacks in Brussels, there has been a debate in Norway on so-called parallel societies and neighbourhoods where the police don't dare to patrol. Listhaug acknowledged that the problem exists.

“We have foreign fighters who have left Norway and [we have] radical environments. We should not stick our heads in the sand and say that everything is good here. But fortunately we are a long way from the conditions we see in some other countries, for example Sweden,” she told NTB.

It was revealed earlier this month that a man with suspected links to radical group Isis, who was shot dead in a Brussels raid just days before the terror attack, had previously lived in Sweden.

Sweden has attempted to crack down on foreign fighters, with the security service saying that up to 300 Swedes are believed to have travelled to Syria or Iraq to fight in the past three years. Around 40 are thought to have died in battle and around 125 are understood to remain in the Middle East.

New anti-terror legislation is set to come into effect on Friday, with Sweden criminalizing trips abroad, or the financing of such travels, to participate in acts of terrorism.

From April 15th the country is also tightening restrictions on passports, with people only being able to apply for three passports in a five-year period, to prevent the use of forged identity documents.

But Sweden has struggled to cope with the record 163,000 asylum claims it received last year, and is seeing increasing divides between different ethnic communities in troubled suburbs in the big cities.

Listhaug said that a major reason that Norway doesn't have the same ghetto problems as its Nordic neighbour is that asylum seekers in Norway cannot decide for themselves where they should live.

She said that the terror attack in Brussels has created fears and worries that an attack could also hit Scandinavia. But she also stressed that Islamists were not responsible for the terror that struck the nation in 2011, when far-right sympathizer Anders Behring Breivik shot dead several dozens of teenagers on Utoya island.