Stockholm is a city made for singles. Photo: The Inner Circle
The Local
[email protected]
@thelocalsweden


Stockholm is a city for singles.

When you think of dating and single living, you might think Manhattan – Sex and the City style. Or perhaps Paris comes to mind.

But actually, Stockholm is where it’s at.

Statistics released a couple of years ago found that Sweden has the “highest proportion of single-person households in Europe” – and in Stockholm, singles account for a whopping 58 percent of households.

Cynics might say that the root of this singularity (pun intended) is the reserved nature of the Swedes.

But optimists – or perhaps opportunists – see the grass much, much greener. Plenty of fish, indeed. (The city is built upon a bunch of islands, after all – and fishing is allowed!)

But how does one tap into this massive pond of eligible young cosmopolitans – especially with a culture which doesn't necessarily encourage mingling with strangers?

“For us it is all about creating genuine connections between compatible people,” says Michael Krayenhoff, cofounder of dating app The Inner Circle.

He says the app is the perfect solution to the conundrum. It first launched in Amsterdam and then hit big in London and, in 2016, The Inner Circle came to Stockholm.

“Stockholm is an international city full of well-travelled, attractive and interesting people, so it was an easy decision to prioritise Stockholm,” he says.

Alright, so the name might sound a bit pretentious. But don’t knock it until you’ve tried it. For many young professionals, it’s actually working.

“On Tinder I kept meeting students who were still ‘looking for themselves’,” Sara*, a young American working in Stockholm, tells The Local.

“Not that there’s anything wrong with that. But I wanted to meet other professionals; people who were motivated and were doing something with their lives already.”

She stumbled across The Inner Circle accidentally while browsing dating apps one day – and quickly became a fan.

“Over the course of a few months I met a Swedish doctor, a French banker, and an MIT researcher,” she says. “All in my age range, intelligent, motivated, and, well, yeah, attractive too. So bravo, Inner Circle!” 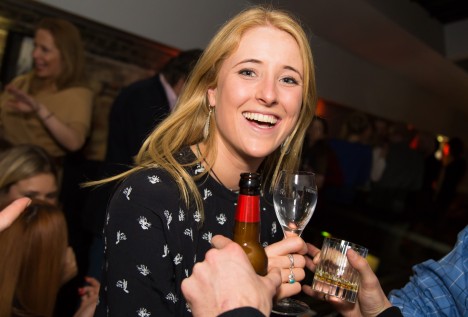 That’s the thing about The Inner Circle: each member is approved by hand to make sure it’s the cream of the crop. It’s about quality, not quantity, which really streamlines things in a city as big as Stockholm.

But don’t worry – the selection process isn’t done in a haughty elitist way like certain other dating services which actually require you to state how much you make. Actually, they just look for cool people.

“We look for real, genuine people who are thriving in all aspects of life, whether they're hip creatives, corporate high flyers or anything in between,” Krayenhoff says. “If someone is kicking-ass in life, whatever it is they're doing, then they fit what we are looking for.”

Try out The Inner Circle and experience Stockholm in a new way.

This article was produced by The Local and sponsored by The Inner Circle.