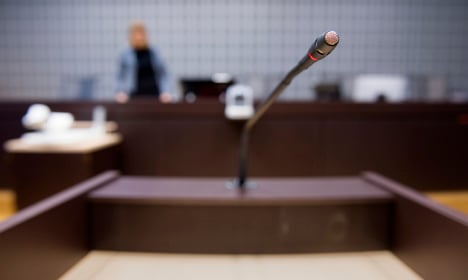 The victim, Enes Abi Ahmed, was tracked down by a Swedish journalist, after a previous trial in Stockholm last year saw his attacker, Mohannad Droubi, convicted of aggravated assault under international law and handed a five year jail sentence.

The case made global headlines as the first time anyone was sent to prison in Sweden for acts committed in Syria since the war broke out there in 2010.

At the time of the trial, prosecutors did not even know if the victim – whose brutal beatings were captured on video – was still alive. But Expressen later published a report by its foreign correspondent Terese Cristiansson, who found him in a small town in Turkey, where he was working as a painter.

After Enes Ani Ahmed was interviewed by officials in both Turkey and Sweden, Södertorn District Court, which hosted the original trial, decided that he should be given the opportunity to give his side of the story on the stand, in the light of Droubi filing an appeal against his sentence.

Ani Ahmed's legal team are set to argue that the brutal beatings, which were captured in the five-minute video clip shown in the initial trial, actually went on for several days.

“He says he wants to come here and explain,” his lawyer Claes Borgström told Expressen.

“He has been really violated and he things it is important that this is proved in court.”

Droubi has always maintained that he was forced to carry out the torture.

He told the previous trial that he was “99 percent sure he would have been killed if he hadn't participated in the video recording,” according to a copy of the verdict.

The trial was set to get under way later on Thursday.