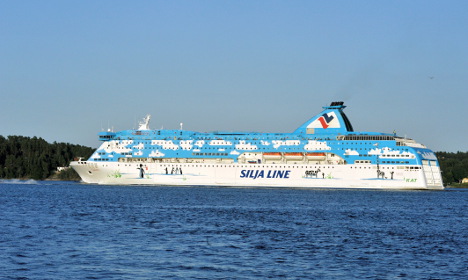 A third teenager, who is 18 years old and was arrested along with the two others on Tuesday, was however allowed to walk free on Thursday.

“The suspicions against him have been completely dropped,” said prosecutor Angelica Runesson.

The two who are still being held both aged 19 and are suspected of aggravated rape, said a press release issued by the prosecutor's office.

Their detention hearing is set to take place in Stockholm District Court from 10.30am on Friday.

Another two 19-year-olds were detained on Saturday pending the investigation into the alleged gang rape, which is reported to have taken place on board the M/S Galaxy ship last week.

They are all understood to deny the accusations.

Around 1,700 students were on the Fun Cruises party boat from Stockholm to the Finnish town of Turku, with police accompanying them on the Silja Line' ferry to maintain control.

Sweden-Finland ferry crossings are notorious for heavy drinking, as all passengers over the age of 18 are able to buy duty free alcohol, meaning a huge discount for Finnish and Swedish travellers used to some of the highest food and drink taxes in Europe.