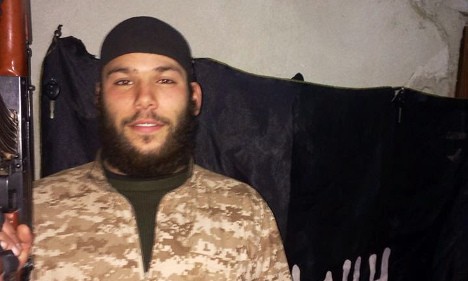 Osama Krayem, a Swedish national, was one of the five men arrested in police raids on Friday alongside Mohammed Abrini, one of the chief suspects in the deadly attacks on Brussels airport.

The 23-year-old is the son of Syrian exiles from Rosengård in Malmö, where football legend Zlatan Ibrahimovic also grew up, a troubled suburb with a reputation for crime and ethnic segregation.

Mona Sahlin, who has been appointed by the government to develop and implement a national strategy to counter extremism, accused the southern city of having closed its eyes to warning signs.

“There are no municipalities which can guarantee that no resident will go to join a terrorist movement, but Malmö belongs to those municipalities that should have an action plan and a strategy,” Mona Sahlin told Swedish public broadcaster SVT.

She added that civic institutions such as the police, social services and schools need to work closely together with preventative work to detect people at risk of becoming radicalized at an early stage.

“If a person goes so far in their extremism that they are ready to blow themselves up, it is incredibly difficult to defend yourself against that. But finding that person in time before they have been radicalized is possible, and that's why preventative work at council level is so important,” she said.

But a Malmö councillor hit back at Sahlin on Monday.

“I don't understand her criticism,” Andreas Schönström, who represents the centre-left Social Democrat party in the city, told the TT newswire.

“There are very few evidence-based methods for how to reach individuals. We have plenty of knowledge when it comes to working on a society and group level, but we have a hard time reaching the individuals,” he said.

Belgian prosecutors, who spent the weekend questioning Krayem and several other suspects, said on Saturday that he is the man caught on surveillance cameras speaking briefly to Khalid El Bakraoui moments before the latter blew himself up in a subway station in Brussels on March 22nd.

Magnus Ranstorp, an expert on radical Islamist momvements at the Swedish National Defence College, told the AFP newswire that Krayem is the product of a “now classic cocktail of social marginalization, ideological radicalization” and criminality.

In Malmö, people close to him described him as an ordinary but idle young man from a working class neighbourhood who took part in petty crime in between bouts of drug taking and worship.

But they also described how he adopted more radical values and grew his beard in the months before leaving for Syria to allegedly wage jihad in 2015. Before he left, he had “tried to recruit” worshippers attending the same mosque, Ranstorp said.