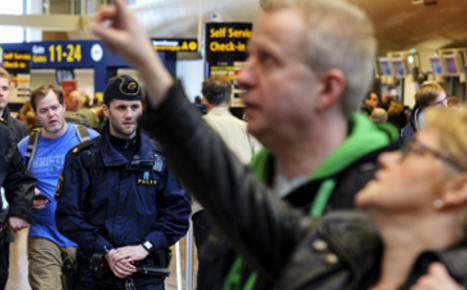 Growing international business and tourism to Sweden means that Stockholm's Arlanda airport needs to prepare for twice as many air passengers by 2040 than it has today, according to a detailed report looking into the potential future of air travel in the Nordic nation.

Announcing the findings of the government-backed inquiry, lead investigator Anders Sundström said it was essential that Arlanda, which welcomed more than 23 million passengers in 2015 travelling to or from 181 destinations, increased its capacity even further in the coming years.

As well as backing existing proposals for a fourth runway, he said that Arlanda required a new terminal and improved transport links, however his report did not outline how this would be funded.

Meanwhile Sundström's document, which was presented to ministers on Monday, backed the idea of closing Bromma airport in north-west Stockholm. The airport is currently a major hub for domestic and short haul flights within Scandinavia.

The potential shutdown of Bromma has been a political hot potato for years, with Sweden's Prime Minister Stefan Löfven promising before the 2014 general election that it would remain standing on his watch. He cited the need to protect jobs and to support Swedish commuters using the airport, which is much closer to the city centre than Arlanda.

However Stockholm City Council, which is run by a coalition led by Löfven's Social Democrat party has since argued that it should be closed and turned into housing, amid an acute accommodation shortage in the city.

Sundström reached the same conclusion in his report, suggesting that “Bromma has no future” and calling for 30,000 homes to be built on the plot.

“The government must show respect for the city's plans,” he told Swedish reporters.

But he suggested that Bromma should be allowed to remain until 2038, after a fourth runway is in action at Arlanda, in contrast with the council's push to see it shut by 2022.

In addition, he argued that it is better to invest heavily in one major air destination in the city rather than two different airports, in order to grow Stockholm's reputation as a strong hub for global air traffic.

“Arlanda must be able to compete with other Northern European airports,” he said.

The government is expected to analyse Sundström's findings in the coming months and to report back on his suggestions later this year.