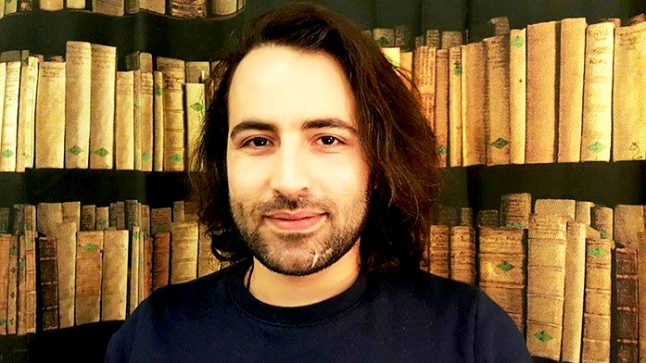 Abed is busy. And he likes it that way.

“My life now is all about working and volunteering,” he explains.

In many ways, the 28-year-old native of Aleppo in Syria seems to be in two places at once. He spends his days working as an editor at Sundsvalls Tidning newspaper, a 175-year-old institution in the north Swedish town. And in his spare time, Abed and a few friends run Öresunds Puls, an Arabic-language newspaper, website, and digital TV channel based in Malmö, in Sweden’s far south.

“We have editions in two languages – Arabic and Swedish – an approach we believe serves as a bridge that connects the two societies,” he says of his hobby, which was launched in March 2015, and so far runs solely on voluntary contributions of time and effort.

For someone who’s been in Sweden less than three years, Abed finds himself at the center of an impressive Swedish media mix.

His journey from Syria to Sundsvall began back in 2012 when political turmoil and violence in his home country prompted him to abandon his university studies – first in Damascus and then in Aleppo.

“Aleppo was controlled by the [anti-Assad regime]  Free Syrian Army (FSA), which led to a crackdown that made life much harder and meant there were fewer choices to live and work,” he recalls.

The aspiring journalist worked with others to produce and distribute a pro-democracy publication, but as the situation in Aleppo worsened, Abed fled for Lebanon.

“When I arrived I had nothing more than the $17 in my pocket,” he says.

He first started working for various Arab-language media outlets as well as volunteering with a local chapter of Save the Children. After 18 months, it was time to start the next chapter of Abed’s life as a refugee from the conflict in Syria.

And to him, the choice was obvious: Sweden.

“I chose Sweden, I think, because of old sentimental views about Sweden. Even before thinking about travelling there, my family admired the country,” he explains.

'It was quite hard in the beginning'

As a child, Abed was captivated by an animated series called Vicky the Viking – something he also believes left a warm spot in his heart for a faraway country on the north fringes of Europe.

“The main character come up with so many smart solutions,” he recalls. “I really came to admire Swedish industriousness, the lifestyle, and so on.”

Abed ended up in Sundvall, a city with roughly 50,000 inhabitants on Sweden’s northeast coast, meeting the challenges that come with life in a new country head on.

“It was quite hard in the beginning,” he says, mentioning the cold and darkness, and the perceived aloofness of Swedes.

But Abed worked to learn the Swedish language, which also helped him learn more about Swedish society and its people. He also searched for jobs where his less-than perfect Swedish wouldn’t be an obstacle, eventually finding one teaching Swedish to newcomers with a cultural publication produced by Sundsvall municipality.

“At my first interview my Swedish wasn’t very good,” he recalls. “They asked me if I needed a translator. I said no, I would do it in Swedish but speak slowly.”

A mere nine months later, an “exceptional thing” happened: Sundsvalls Tidning offered him a job working as an editor.

Abed behind the microphone at the Sundsvalls Tidning newspaper. Photo: Private

“I just love what I’m doing,” he says with a smile, adding that he already feels a very special relationship with his new hometown.

“Everything that happens in Sundvall touches my heart,” he explains. “Sundsvall is my place, my family, my people. I don`t feel like an alien in this city.”

While Abed’s own efforts have helped create opportunities, he’s quick to point out others who have helped along the way, including his SFI teacher, Elisabet Olsson

“And there is another person I think of as my godfather: Saleh Derawi with Sundsvall municipality,” he says. “He noticed my will and ambition and really opened doors for me.”

While Abed appreciates many of the challenges facing newcomers’ integration in Sweden, he feels sometimes that people get hung up on unreasonable expectations and outdated concepts of ‘migrant’ and ‘native’ Swede.

“I will never be 100 percent Swedish. It’s just not possible,” he admits. “But you can integrate and adapt to Swedish values without being totally dissolved and merging your cultural background with the Swedish one.

“It’s not that simple for someone from our society to break free from some of our traditions and get quickly integrated – it takes a bit of time.”

The key for both Swedes and newcomers, he emphasizes, is “flexibility” – and learning to embrace Swedish ways of doing things.

“This is how I see integration: once you’re used to returning the plastic bottles to recycling boxes and not to trash bins; once you’ve learned not to shout on buses; once you’ve stopped showering after 10pm – then you are integrated,” he says.

The process would be helped, he believes, if newcomers were allowed to enter society as active participants more quickly, rather than “doing nothing” in refugee centres.

“Newcomers should be treated as a project to invest in, not as victims,” he says. “The worst thing is to make newcomers feel like lazy freeloaders…we want to live like other citizens, have a normal life, work, pay taxes, and build up this country.”

While Abed is truly happy with his life in Sweden, he can’t escape hopes of one day returning to Syria – a hope expressed by one thing he hasn’t yet done in his adopted country.

“I have yet to save my Swedish phone number in my mobile. It’s like saving my number would be a metaphor for me not going back to Syria,” he explains.

“I love Sweden, it’s very much in my heart, and I will continue to work and strive here. But I still wish to see Syria again.”