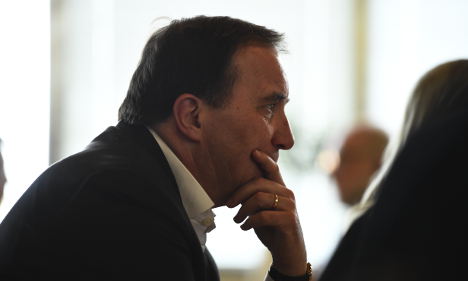 Six out of ten people interviewed for a poll on the state of Sweden's politics are unhappy with the ruling Social Democrat-Green coalition, and agree with the statement that it is doing a 'bad job'.

The web survey was carried out by Schibsted/Inizio for Swedish tabloid Aftonbladet on Monday, in the wake of the resignation of Mehmet Kaplan, who was Sweden's Minister for Housing and IT and is a member of the Green Party.

His decision to quit followed a a week of controversies, in which he was accused of being too closely affiliated with members of radical organizations, claims which he denies.

In a separate question, survey respondents were asked if it was appropriate that he resigned, with eight out of ten people agreeing with his decision. Even amongst Green Party supporters, seven out of ten backed his move.

“The result is very clear and shows that it was absolutely the right decision for him to resign,” said Karin Nelsson, a spokesperson Schibsted/Inizio.

What you need to know about the resignation of Swedish housing and IT minister Mehmet Kaplan https://t.co/Ez2CLBuy25 pic.twitter.com/AiIAT0d5Bd

The online survey was based on 1287 interviews with a cross-section of the general public. Respondents were self-selecting, which means the results cannot be considered as reliable as nationwide telephone surveys by other major pollsters.

However the figures back up a number of previous polls suggesting declining support for Sweden's government, in the wake of its decision to let in record numbers of refugees and then tighten border checks and residency rights after announcing it could not provide enough accommodation for them.

In the latest Schibsted/Inizio survey, just over four in ten Swedes (42 percent) said they  thought the opposition centre-right Alliance parties would do a better job than the Social Democrat-Green government, with slightly more, 46 percent, suggesting they would do a worse job.