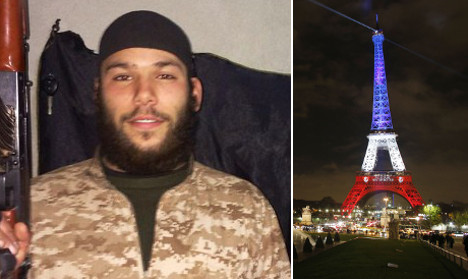 Krayem, 23, was charged on April 9th with “terrorist murders” over last month's suicide blasts in the Belgian capital, but the new charges reflect growing links between the attackers and those who carried out November's jihadist carnage in Paris.

“His fingerprints were found at several hideouts used during preparations for these attacks,” Flemmish television station VRT reported.

The prosecution service and Krayem's lawyers were not immediately reachable, but prosecutors are due to hold a news conference on Wednesday.

The coordinated bombings at Brussels airport and a metro station near European Union headquarters, claimed by the Islamic State group, left 32 people dead months after the Paris attacks killed 130 people.

The authorities suspect Krayem, a Swede of Syrian origin, of buying the bags used for the Brussels bombings.

Krayem's lawyer Vincent Lurquin told reporters last week that his client had also planned to blow himself up but decided not to go ahead with it.

Investigators are still looking for the backpack Krayem was wearing that day.