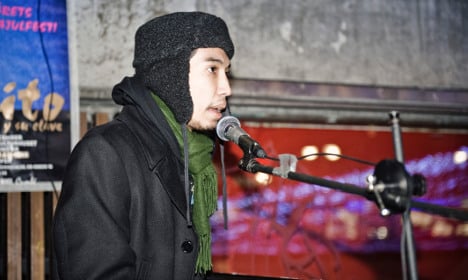 Yasri Khan is the second Green Party politician to resign in acrimony this week.

During an interview with a female reporter from the TV4 broadcaster on Tuesday, Khan placed his hand over his heart instead of shaking her hand in greeting.

“People can greet each other in different ways. The most important thing is to show respect by seeing each other, to meet each other… to respect each other,” Khan said during an interview with state broadcaster Swedish Radio.

Khan, also the general secretary of the organization Swedish Muslims for Peace and Justice, has faced strong criticism from within his party since the incident.

“It is unacceptable. You can't have a man in the party who can't greet women in the same way you greet a man. I'm upset,” Stina Bergström, a Green Party parliamentarian, told Swedish tabloid Aftonbladet.

In interviews with Swedish media, Khan lashed out at his critics and said that the debate, and his fellow Muslim Green Party member Mehmet Kaplan's resignation, had caused him to run out of energy.

“In today's political climate, I wonder if politics is right for me, and if I want to be a media circus clown,” he told the Nyheter24 news site.

The former Green Party minister said there were “similarities” between the persecution of Jews by Nazi Germany and the everyday lives of Palestinians.

It has not been a good week for the centre-left party, the junior partners of Sweden's ruling coalition. On Tuesday its co-leader and deputy prime minister, Åsa Romson, landed herself in hot water after using the Swedish word for 'accident' (which can also mean 'misfortune') to refer to the September 11th terror attacks.

“Let there be no doubt: the attacks on the World Trade Center in New York City on September 11th 2001 were one of the most vile acts of terror and disastrous violations of the open, free and democratic society in modern history,” she later told The Local in an attempt to clarify her words.

“We refuse to let terror set the agenda. Not then, not now. We must not let extremism cloud our judgement or fall to the low point where immigrants or muslims are collectively blamed as a result of the acts of extremists.”