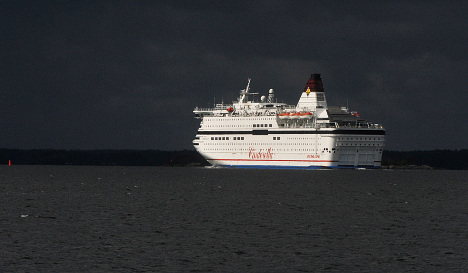 The victim was heavily under the influence of alcohol when the three men lured her into a cabin on the Cinderella ferry, Södertörn district court heard.

They then took turns raping her, the victim said. They also hit her, ripped her skin, and gripped her throat.

The three men denied committing an offence, claiming the woman was not coerced into full sexual intercourse and oral sex.

But the court found the woman's testimony to be credible, and noted that it was supported by a medical certificate documenting her injuries shortly after the incident took place.

The woman’s lawyer, Elisabeth Massi Fritz, was pleased that the men had been found guilty of aggravated rape.

“The trial was difficult and complicated but the court decided that my client was credible,” she told The Local.

She added though that she felt the court should have handed out longer sentences. Two of the men received four years each, while the third got four years and four months.

p { margin-bottom: 0.25cm; line-height: 120%; }a:link { }
“Four years is the minimum sentence for aggravated rape and I thought this deserved more. A woman alone with three perpetrators – it should be more than the minimum punishment.

“Personally I think the sentences for this kind of sexual offence are far too lenient,” said Massi Fritz.

This week it emerged that the head of a government inquiry is likely to recommend adding a sexual consent clause to Sweden’s rape laws to cut the number of acquittals.