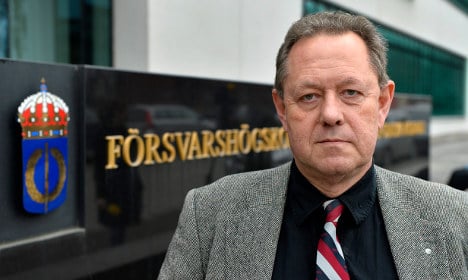 “I see a similarity to how Soviet communism was acting during the Cold War when it tried to infiltrate the various democratic parties.”

Nicander said that the Green Party is a young party that is well-intentioned and inclusive. But he believes that the party is naïve and it’s this quality that makes it vulnerable to those with agendas.

“No party is immune to people that come in with different agendas.”

At the start of the week, housing minister and Green Party member, Mehmet Kaplan resigned from government after media published old footage of him making controversial remarks about Israel's policies towards Palestinians.

Then a rising star in the overtly feminist party, Yasri Khan, refused to shake a female journalist’s hand and resigned in the ensuing storm of controversy.

But Nicander also suggested that Green Party members have been seen making Muslim Brotherhood signs, with four fingers up in the air, on television.

According to Aftonbladet, Kaplan also appeared to make the sign, supporting the extremist Islamist organisation, during a demonstration in Stockholm in 2014.

The Green Party secretary Anders Wallner told the Swedish newspaper, Expressen, “What Nicander says is something that we take very seriously. Extremism has no place in the Green Party.”