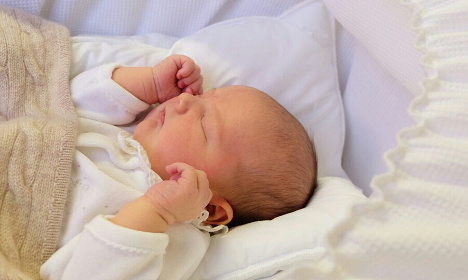 It was posted on the Royal Court's website on Saturday evening.
Swedes rushed to social media to share the photo, with stories featuring the picture swiftly becoming among the most clicked on in the country, according to social media news site Socialanyheter.
Alexander was born on Tuesday at 18:28 at Danderyd Hospital in Stockholm. He weighed in at 3.6 kilograms (8 pounds) and measured 49 centimetres (19.3 inches).

Alexander already has plenty of royal cousins to play with. Prince Oscar, the second child of Princess Victoria, was born just seven weeks ago. He is the younger brother of four-year-old Princess Estelle.