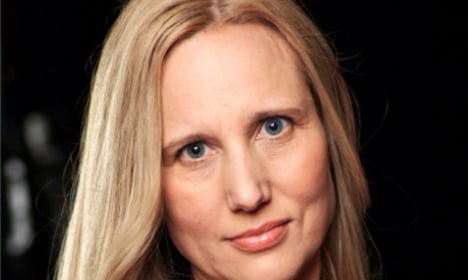 "We do not let embassies, politicians or other groups control our content,” Viveka Hansson, above, said. Photo: Courtesy of TV4

Hansson, in a statement on the TV4 website, said that she had been sent an e-mail by Arif Gulen, the press officer at the Turkish embassy, asking her to “reconsider the decision” to broadcast a documentary tonight about the slaughter by the Ottoman Empire of Christian Assyrians that occurred during the First World War.

Turkey has long rejected claims that the killing of some 275,000 Assyrians should be classified as a genocide. The mass killing, called Seyfo by Assyrians, is designated as a genocide by the International Association of Genocide Scholars.

Hansson dismissed the request out of hand.

“We can never accept this. We will protest against any attempt to exert pressure that threatens freedom of expression,” Hansson said.

“Unfortunately, I was not overly surprised when pressure on the media has generally increased. This happened, for example, just a few days after the Green Party tried to strike a bargain with SVT to ease up the criticism of Mehmet Kaplan,” Hansson said.

Kaplan resigned after being embroiled in two controversies: being photographed eating dinner with the extreme right-wing Turkish organization, Grey Wolves and making controversial remarks about Israel's policies towards Palestinians.

“This is serious. This trend threatens our open society. Therefore it is important to highlight it when it occurs.”

“We do not let embassies, politicians or other groups control our content,” Hansson concluded.

Correction: A previous version of this article included references and figures relating to the Armenian genocide.