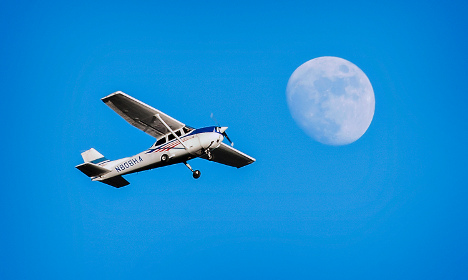 Two men, the pilot and a passenger, were arrested at the end of March on suspicion of flying to an airfield just outside Landskrona in southern Sweden with a cargo of drugs. A third man waiting in a parked car was also apprehended.

The scale of the haul was previously unknown, but prosecutor Stefan Gradler told newspaper Sydsvenskan that a preliminary estimate showed the plane was loaded with 18 kilos of cocaine.

Earlier reports said the private four-seater Cessna belonged to a flying club in another part of southern Sweden. The plane took off from Groningen in the Netherlands and landed in Viarp, where plain-clothes police were waiting to swoop, local newspaper Helsingborgs Dagblad reported.

The purity of the cocaine has not yet been ascertained but the seizure is thought to have a street value of 14.4 million kronor ($1.8 million).

The three men, all resident in Sweden, remain in custody on suspicion of smuggling narcotics.