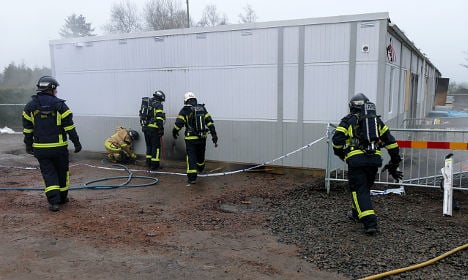 At least 18 incidents of arson and other attacks have targeted refugee shelters since February 20th, the date when the police’s National Operations Department (NOA) stopped tracking incidents that fell into this category.

“We had responsibiltiy for coordination until the special operation ended,” NOA’s Ola Stolz told Svenska Dagbladet.

The newspaper put together its own statistics by collating news articles and other media reports.

It is not known how many of the incidents were the result of external attacks. Around a third of last year’s fires at asylum centres are suspected to have been started by residents.

NOA was tasked with coordinating investigations into the 46 fires that broke out at asylum centres in Sweden between June last year and this February.

Security was beefed up at the centres and there was a brief dip in the number of incidents, but reports of arson have now begun to stream in again.