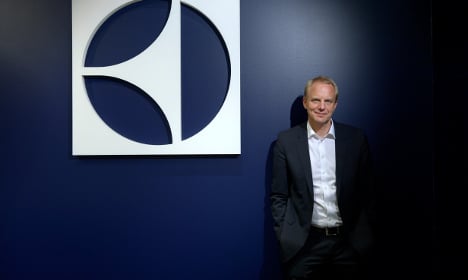 The company's earnings would have been even higher but for unfavourable currency exchange rates which weighed on sales, it said.

“The appliance market continued to grow in western Europe and was particularly strong in Italy, Germany and the UK,” chief executive Jonas Samuelson said in a statement.

In Western Europe and North America, which together account for two-thirds of Electrolux's sales, demand rose by three and eight percent respectively.

In December, Electrolux abandoned a $3.3-billion deal to buy the appliance business of US rival General Electric (GE) after it ran into opposition from US competition authorities. GE was later bought by Chinese conglomerate Haier.

Registering a drop in sales in China, Electrolux said it was still having problems in emerging markets.

“Russia appears to have stabilized at low levels following the significant downturn in 2015” while demand in Latin America “weakened significantly year-over-year in most markets,” Samuelson said.

The Swede replaced his American predecessor Keith McLoughlin, who orchestrated the failed GE deal, as chief executive on February 1st.

The shift in management came following a troublesome few months for the global company which is world's second-largest home appliance maker and sells brands including Frigidaire, AEG and Zanussi as well as its own name.