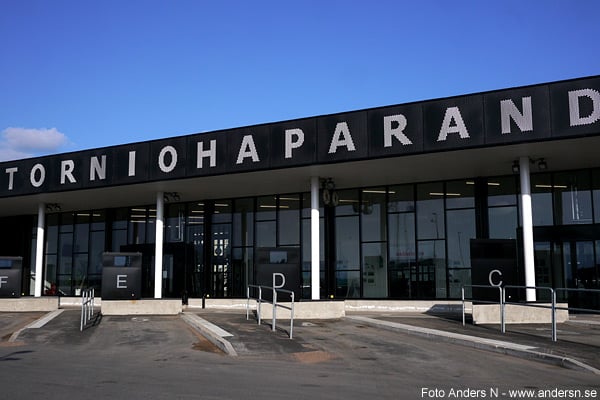 On Barents Press and Haparanda by Roman Privalov

On Thursday, the 21st of April, the Swedish town of Haparanda became a center of journalism in the Barents region. Representatives from four countries – Sweden, Finland, Norway and Russia – gathered there to discuss such topics as digitization, investigative journalism, local media activity and media wars.

Haparanda holds some strong symbolism as a meeting point. That otherwise not much noticeable northern town with the population of approximately 5 000 has always held a special position as a hub between Sweden, Finland and Russia. Throughout its history, since 1842, Haparanda played a strong role in both World Wars, connecting Russian Siberia and Barents with Nordic nations and further with Europe. However, it is actually more correct to start counting its history from the 16-17th century, when the neighbor Finnish town of Tornio was founded.

Ironically, Tornio was originally a Swedish town, while Haparanda is actually a Finnish word. Nowadays both towns are located right on the national borders, practically forming one city of Haparanda-Tornio. Various historical backgrounds, connected with this place, formed aura for the Barents Press Network annual conference 2016.

Clocks at Haparanda-Tornio visitors’ center, informing the visitor that she is on the Swedish side and the local time is Swedish.

Barents Press is an example of cross-border journalistic cooperation. It consists of four national organizations, each having its chairman and together forming organization’s board. Presidency of the multinational board rotates on annual basis, as well as locations where annual meetings take place. Important to notice, Barents region is indeed controversial in its power when seen from different national perspectives.

In Finland, Sweden and Norway Barents is a significant part on the national level, while in Russia with its enormous territory it only holds a regional level. This explains why Nordic nations typically have representatives from their national broadcasters and Russia is represented by only local journalists. However, it is much better to think about Barents Press as a journalist union than media cooperation, paying attention to the professionalism and not scale. Some of the questions, discussed during the conference, were:

●       What does media digitalization mean for journalism and can better fact checking be seen as a chance for journalists in the digitalized environment? Swedish IT journalist Jack Werner was indeed one of the main stars of the conference with the project Viralgranskaren: http://www.metro.se/nyheter/viralgranskaren/(in Swedish).

●       Propaganda and media wars. Indeed, one of the hottest discussions appeared on these two topics – which signifies their importance on the larger scale. Propaganda is a very loose term, and therefore even to agree what it is and what are its consequences is a hard task. However, there is also some strong sense in the position of our Russian colleague Tatiana Polkova from the newspaper Novaya Gazeta, who pointed out it may be better to just accept the diagnosis and start searching for the right treatment instead of endlessly discussing separate parts of disease.

On my way back to Stockholm, while reflecting on what was heard and seen, I found two main questions bothering my mind. The first was the co-opetition of local and digital. Digital technologies have given enormously big picture of the world to the people living in periphery regions and in this sense helped journalists in one of their missions – delivering information. At the same time, this empowerment of us as readers has given us close-to-zero interest in our local environment and, therefore, local press. Try to remember last time you opened your local newspaper (if ever) or even searched SVT for your local edition of news (yes, they do have them for each region). What is a strategy and what is future of local journalism in the digital era?

The second question grew from contrasting similarities and differences that Nordic and Russian journalists had. I started to think about it in the context of different journalistic cultures, different political environments and one small part of the globe, uniting them. In 1993, when the idea of Barents Press first appeared, its mission was cooperation and cultural exchange. Those years after the collapse of Soviets were the ones of hopes, when Russia was seen as newest, trendiest and indeed open playground of possibilities. 23 years ago, it is hardly can be seen from such perspective. The question is, then, to which extent local cooperation can deliver changes on the national level?

The fact that I end these two sentences with question marks means that I have no answers. Actually, I am almost sure that none of us who joined the conference could provide them. However, I am to the same extent sure that looking for answers together is better and easier than doing so alone.