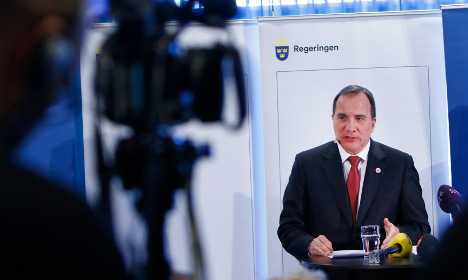 Under the government proposal, 5,000 emergency jobs will be created by government bodies by 2020.

“There are a variety of important tasks within government agencies that are currently not being performed,” Löfven said.

Löfven suggested that tasks such as filing, photocopying, administration, and helping with digitization, will all fall under the remit of the new state employees.

Löfven said that, according to government data, there will be around 30,000 undereducated over 39-year-olds, needing employment in the next three years.

The prime minister acknowledged that in such a context 5,000 new state jobs won't stretch very far, but he hopes that others will follow the state example.

“Here, we show that the state takes the initiative. Then hopefully municipalities, county councils and civil society will do the same. There are also many simple tasks within these areas that must be performed,”  Löfven said.

Contingency jobs will be paid the going rate under collective agreements. The jobs will extend over a maximum of two years.

“This is obviously not the whole solution, but it is part of the solution,” Löfven concluded.

Sweden took in a record 160,000 asylum seekers in 2015 before introducing ID checks to stem the flow.

The influx put the country’s finances and housing under strain and Prime Minister Stefan Löfven faced a hearing at the parliamentary constitutional committee on Friday morning to answer questions about Sweden’s handling of the crisis.

Löfven argued that not even the migration agency had foreseen the dramatic rise in refugee arrivals that saw an average of 10,000 asylum seekers each week make their way to Sweden in the autumn.