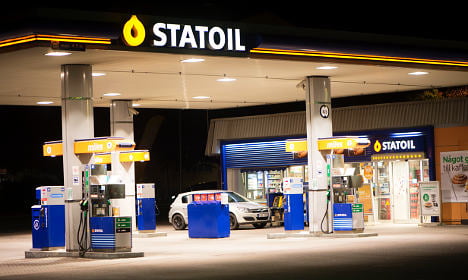 Visitors to the Länna/Skogås station outside Stockholm can expect to see pumps painted red, white and orange under a roof bedecked with the new name – Circle K.

Already well known in North America, Circle K will soon spread throughout Europe in a rebranding move that will see 1,500 Statoil stations change appearance by the end of 2018.

“I think if we do this right we will be able to keep our loyal customers while also reaching a new target group of young people and women,” Circle K Sweden's marketing chief Johan Backman told advertising trade magazine Resumé when news of the switch was announced last year.

Circle K Sweden, owned by the Canadian firm Couche-Tard, will focus on attracting customers with its range of “fresh and nutritious” food, organic coffee, and other snacks.

“It will be easier to see what our stores offer with Circle K. Statoil signals oil company,” said Backman.

Not everyone is convinced, and a little sarcasm could be detected when the popular researcher and science blogger Emma Frans tweeted:

Circle K Sweden has 700 petrol stations in its stable and employs 3,300 people. The company was called Statoil Fuel and Retail until last month.

“This is a historic day,” Couche-Tard’s group president for Europe, Jacob Schram said in a statement. “We are proud of our 29-year history with the Statoil brand in Europe and now we are taking a big step forward.”

Are you a woman? Will the new branding get you to the pumps? Let us know on our Facebook page.