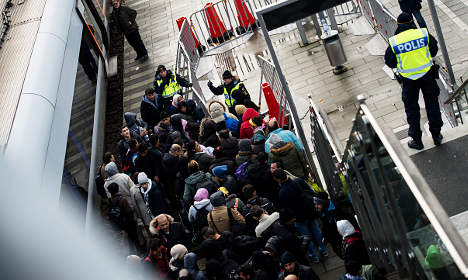 Migration agency figures show a sharp drop in new asylum applications since the start of the year, when Sweden introduced ID checks at its borders.

New statistics also indicate that more and more asylum seekers are electing to withdraw their applications, newspaper Sydsvenskan reports. After an influx of 160,000 asylum seekers last year, many applicants now face year-long waits before the migration agency gets to the paperwork.

“We are getting signals that asylum seekers are tiring of long processing times and that things have not turned out as they expected in Sweden.”

A similar trend can be seen among Afghans. With statistics showing that only 18 percent of Afghans are likely to have their asylum applications approved, many are choosing to leave of their own accord. In all, 500 people from Afghanistan have withdrawn their applications this year.

“The climate here in Sweden has toughened considerably. That leads to a new kind of decision,” said Kristina Ränner.

Iraqi and Afghan citizens are entitled to apply for grants of 75,000 kronor ($9,300) per family to help them settle back into life in their home countries. Sweden only disburses the money once they have returned home.