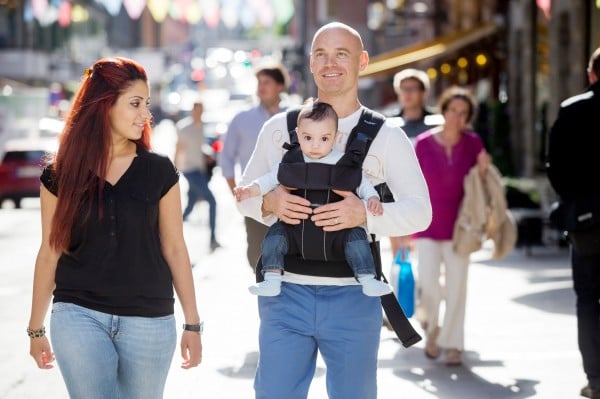 Sweden prides itself on equality. Indeed, it's one of the most gender-equal countries in the world.

But that doesn't mean it's perfect. Far from it. Even in Sweden a woman is likely to make less money than a man for exactly the same job. Luckily, Sweden is working hard to change that.

At a two-day evevnt in Malmö, SI NFGL students had a chance to learn about gender equality from unique perspectives, including discussions on gender mainstreaming and international policy.

It's no coincidence that the event took place in Malmö – one of the cities which talks about equality the most. Malmö is one of Sweden's most diverse cities, with one of the largest populations of residents with a foreign background. But it also places massive importance on integration and equality.

A couple of years ago Malmö hosted the Nordic Equality Forum. Earlier this year the city announced it was looking into the possibility of opening a migration and integration museum, and this year Malmö also hosted Sweden's very first Equality Conference. Womenability and Jämställdhetsbyrå are also organizations which have worked in Malmö to promote equality.

But what does equality mean? Why is it so important?

Well, for one, as the old saying goes, all men – and women – are created equal. But equality is more than a value: it carries functionality.

In Sweden the goal is that all genders are treated equally and all receive the same benefits – which means all of them can contribute equally as well. You will frequently see men pushing baby prams on the street – why not? It is their job as much as the mum's. Some visitors to Sweden are also shocked to discover that there are female bus drivers and taxi chauffers. But in Sweden there are no jobs reserved for a certain sex.

That doesn't mean that the work force is always gender equal, however, or that certain branches aren't mostly men.

His company very actively looks to employ women, and even expresses that their goal is to employ as many recent female graduates as possible from institutes of technology, such as KTH. And for good reason.

“In our branch most recruitments are made through networking, not through job ads,” he said. “So mathematically, for every man you employ, you end up with two more men.”

Gender quotas, which require companies to hire a certain percentage of females, have been hotly debated and there is no real consensus on the issue. But Ringertz says it's a good thing.

“Diversity is incredibly important. It's better to take the best candidates of ten men and women than just to take the seven men who came to the interview,” he said.

His views have a solid foundation. In fact, Sweden's high equality is one reason it's such a “good” country, according to the Good Country Index. On the Prosperity and Equality ranking, Sweden places 4th – out of more than 100 countries.

And Malmö is getting particularly good at it.

“All decisions made at all levels should be checked for gender equality issues,” Nils Karlsson, the Deputy Mayor of Malmö and the Head of the Gender Equality office in Malmö, has said. That's right, Malmö has a Human Rights Gender Equality Office.

According to Karlsson, “Integrated gender equality” is an essential part of all decisions in the city. On a political and on an administrative level, gender equality must be considered.

Gender mainstreaming is a strategy to incorporate a gender perspective into all decisions and in the planning, implementation, monitoring and development of the activities and operations. In this way, we can assure the quality of our activities and our workplaces so they become gender equal and non-discriminatory.

“We educate our personnel on gender-equal thinking,” Karlsson told Womenability earlier this year. “All the personnel in Malmö are now aware of this checklist and how they should think.”

But it's just the first step. The city is also reviewing the results of this thinking to see if it actually works.

“We are also trying to affect the physical aspects – think about how we build and where to put roads,” he said. Even sustainable transport is viewed from a gender perspective.

The local university itself emphasizes gender equality, and in 2014 Malmö University received the award for “Best Quality Index within Higher Education Institutions” in the JÄMIX index.

The average “equality score” for universities was 113 points, and Malmö scored 132. This is thanks to the fact that the school has its own gender equality plan, has equal leadership teams, provides equal compensation for equal work, and has good terms for sick leave and parental leave for both sexes.

Perhaps the most important aspect of Malmö's work with gender equality is that the status quo is never enough. The city and its institutions are constantly reevaluating themselves and discovering how they can become more equal. It's all about the mindset.