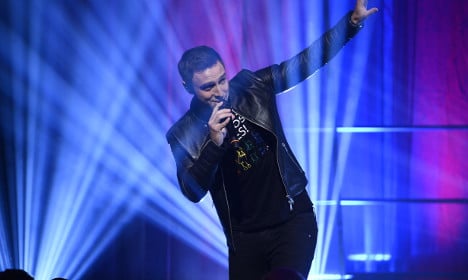 The 2016 edition of Eurovision is almost upon us, and the excitement in Stockholm is palpable. Far from the irony with which the event is treated on some shores, for Swedish diehards, hosting the Song Contest is akin to hosting a World Cup or Olympic Games. Think the competition is just an excuse to poke fun at silly costumes and even sillier lyrics? Think again…

For most nations Eurovision is something that crops up in the spring, but in Sweden it’s a year-round event. The early stages of the Melodifestivalen – the country’s Eurovision qualifiers – kick off almost as soon as the previous final is over, and once the ranks of hopefuls are narrowed down for the semis, the real fun begins. Regularly one of the most-popular programmes on Swedish TV, the shows are packed with the usual over the top production values and dramatic key changes from the competition proper.

Not only is the Melodifestivalen unfathomably huge, it is also a touring event, meaning that in the six weeks between February and March, fans from all over the country get to see the hopefuls strut their stuff. From Halmstad to Malmö, and Norrköpping to Gävle, diehards have an opportunity to witness the entire spectacle in the flesh. If you’re a Eurovision fan, it’s a dream come true. If not, well… 2. If Sweden wins, there will be dancing (and swimming) on the streets

If the mere feat of qualifying for Eurovision is considered a big deal for Sweden, then actually winning the final is a moment of pure national pride. When Stockholm’s own Loreen won the big prize with 'Euphoria' in 2012 when the southern city of Malmö hosted the contest, it sparked dancing in the streets from the residents of her home city. Armed with flags and champagne, hundreds flocked to one of the capital’s main squares, Sergels Torg, while some of the braver souls even took a dip in its iconic fountain during the middle of the night.

It wasn’t a one-off. When Måns Zelmerlöws’ 'Heroes' took the top prize in 2015, the traditional partying – and swimming – continued. Visiting the host city this weekend? Keep an eye on nearby bodies of water if the Swedes do well.

The street parties are just the beginning for the triumphant singers: the aftermath is long, and occasionally, a touch repetitive. Any victorious Swedish song is guaranteed major airplay, exemplified by the ubiquitous presence of Måns in 2015, who never seemed to have a night off since. Need someone to perform at a gala? Call Måns. Looking for a way to celebrate a major sporting success? Call Måns. Even he must have been bored of 'Heroes' by the time the year was through.

That certainly seemed to be the case for one of Sweden’s other recent winners, who for the purpose of this anecdote shall remain nameless. The Local has it on good authority that the victor in question once entered a Södermalm café and, upon hearing her triumphant Eurovision entry on the radio for what must have been the thousandth time, sternly asked the staff to change the station. Winning is such a tough burden to bear… Even Loreen may have heard ‘Euphoria’ one time too many. Photo: Bertil Enevåg Ericson/TT

4. For the losers, the post-mortem is harsh

Just as a Swedish victory can feel like the nation has won the World Cup final, so too can a loss be treated with great severity. For the flops, the dissection can be fairly brutal, leading to questions over whether they were the right entrant for the job in the first place. That kind of debate is so common that the phrase “fel låt vann” (the wrong song won) has become a cultural cliché for Swedes, with Google throwing up around 10,200 results on the term.

For some of Sweden’s most passionate Eurovision lovers, a loss isn’t caused by other nations having better entrants, but rather, by a grave error in the selection process, which failed to see the genius of another Swedish hopeful and picked a talentless hack instead. Harsh crowd.

5. Contestants are celebrities for life

Even the unsuccessful entrants can take confidence in the likelihood that they will become Swedish celebrities for life however. One of the best-known examples is Roger Pontare, whose 2000 Eurovision entry “When Spirits Are Calling My Name” placed a solid if unspectacular seventh at the finals. In most countries, that would have been that, but not for Swede Pontare, who in the years after continued to be wheeled out to perform his number quite regularly, stage gear and all. The pinnacle – peak Pontare, if you will – was reached in 2004, when Swedish power metal band Hammerfall performed a new version of the hit alongside the original singer, somehow managing to make it even cheesier. It has to be seen to be believed.

6. Eurovision trivia is a national sport

It may not be a shock to learn that with so many Eurovision fanatics in Sweden, competition trivia has become something of a national sport. Some Swedes are just as likely to know who won Eurovision in 1989 as they are the winner of a Champions League final, and the thirst for knowledge is so huge that there have even been books published filled to the brim with Melodifestivalen facts.

On that note, we’ll leave you with a useless piece of Eurovision trivia of our own. A 2015 study by confectionary company OLW showed that during Eurovision weekend, Swedes purchased 385 tonnes of potato chips. That’s a massive increase on the average purchase of 126 tonnes from any other given Friday. It seems even health conscious Swedes let themselves go for one weekend a year.