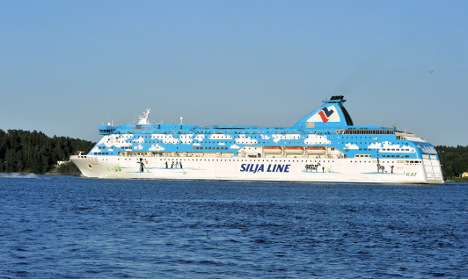 The woman told police she was raped on a party cruise which saw around 1,700 students from Sweden travelling across the Baltic sea at the end of March.

Eight people have in total featured in the investigation, but four have since been released.

On Thursday four 19-year-old men were charged. According to the prosecutor no one else is believed to have been involved in the alleged aggravated rape.

“The suspicions against the others are completely dropped,” Angelic Runesson told the Dagens Nyheter newspaper.

The charge sheet claims that the four defendants took advantage of the victim being in a vulnerable situation “because of intoxication, serious fear and other circumstances”.

“They are from different towns and didn't know each other from before,” said Runesson.

All four deny the allegations.

“It was consensual sex and there was nothing criminal taking place,” one of the men's lawyer Martin Beskow told DN.

The trial is set to start on Thursday May 26th.

All Sweden-Finland ferry crossings give adult passengers the opportunity to purchase duty free alcohol, offering a huge discount for Nordic travellers used to some of the highest food and drink taxes in Europe.
The incident is among several rapes and alleged rapes on Baltic cruises to grab the headlines in recent years.