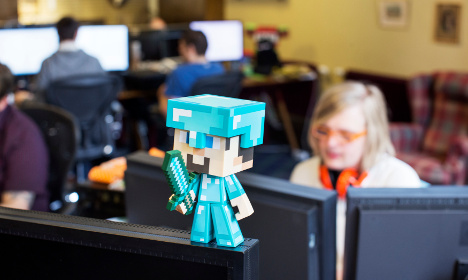 The number of young people registered as unemployed in Sweden has fallen to 61,000 from 70,000 last year, Sweden's job centre Arbetsförmedlingen noted as it released its April figures.

“We're seeing that the labour market continues to grow in a positive direction. This is reflected by rising employment and declining unemployment, particularly among young people,” said chief analyst Mats Wadman in a statement.

Here's a number-crunching interlude for readers who enjoy their statistics: Overall unemployment fell to 7.5 percent in April (down by 0.2 percentage points in a year), while the rate among young people aged 18-24 was down to 11.6 percent.

Young women in the same age bracket, of whom 9.2 percent were out of a job, performed the best, compared to their male peers at 13.8 percent.

READ ALSO: Half of all jobless in Sweden are foreigners

But the situation for foreign-born citizens remains bleak. In just one year the number of unemployed born outside of Europe has risen by 16,000 people, many of whom have been without a job for a year or more, said Arbetsförmedlingen.

“It shows that society as a whole has to continue the work to help newcomers in Sweden get faster access to the job market. This group has a lot of expertise that is important to make use of, not least in care and social services where the need for staff is huge,” said Wadman.

Sweden's ruling Social Democrat-Green coalition has invested in a number of initiatives designed to help immigrants get jobs in the Nordic country, including state-subsidized internships and short-term contracts to help employers taking on foreign staff members. The country also offers free Swedish for Immigrants classes for newcomers.

However some critics argue that Sweden's collectively-agreed entry-level wages for some professions are too high, and the Scandinavian country should offer a more British-style approach in order to help more people into work, with lower salaries combined with tax breaks.

Sweden's Finance Minister Magdalena Andersson has so far ruled out the idea.

Arbetsförmedlingen recently predicted that 60 percent of unemployed people in Sweden would have foreign backgrounds by 2017.