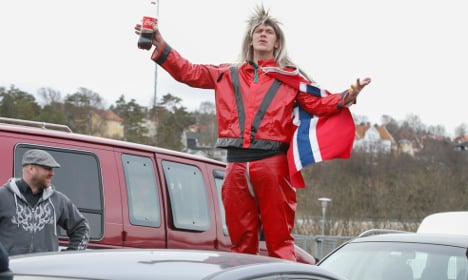 May 17th is the date of Norway’s National Day, an event that some consider even bigger than Christmas, but with the country’s Vinmonopolet state alcohol monopoly closing its doors for the holiday, there is a chance that a flood of thirsty Norwegians will head to Sweden in search of liquid gold. And with the stores also closed the previous day for Whit Monday, the chances of temporary mass migration look even higher.

With Strömstad boasting two Systembolaget stores (Sweden’s own state-run alcohol monopoly), the town’s tiny population of 6,288 is likely to increase significantly for a day. The local council has warned of potential travel chaos caused by eager Norwegian booze shoppers.

“But there could be queues all the way out onto the highway if everyone takes the same route. We have two Systembolaget stores in different places, so it is perfectly possible to take the southern road in too,” she added.

In an effort to avoid disappointing their parched visitors, the town’s website has even posted special travel advice for those planning to make the journey.

Strömstad has recent experience of large numbers of alcohol-seeking neighbours flocking to the town: around 15,000 Norwegian students chose to party there on Maundy Thursday earlier this year.

Anyone looking to stock up on alcoholic drinks and take them back across the border would have been disappointed however. In anticipation of the mass invasion, Systembolaget was closed for the day.