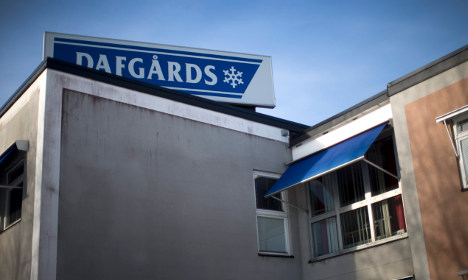 Eleven people in total were taken to hospital on Tuesday evening after 150 kilos of ammonia was leaked from the ventilation system at the Dafgårds factory in Källby in western Sweden.

“It happened when the ammonia was being transferred between two tanks,” police spokesperson Peter Adlersson told public broadcaster SVT.

Two people were left with serious chemical burn injuries. Six were able to leave the hospitals in nearby towns Lidköping and Skövde later in the evening, while five patients remained overnight.

Fire and rescue services were at the scene on Tuesday to clear the premises of ammonia.

“We have not been able to inspect the scene because of the dangerous air,” said Adlersson.

Dafgårds is one of Sweden's largest food producers and makes ready-made portions and food for supermarkets, restaurants and companies, including meatballs for Swedish furniture giant Ikea.

“Everyone is a bit shocked, because there hasn't been an accident of this kind before, and we're working to take care of those who are shocked,” deputy CEO Magnus Dafgård told Swedish Radio.