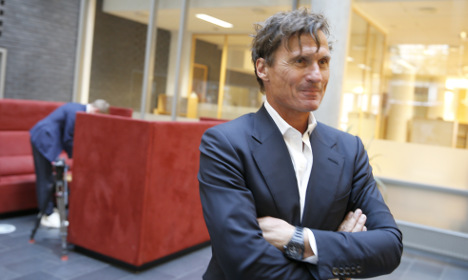 Speaking with Swedish daily Göteborgs Posten, the Norwegian owner of the Nordic Choice Hotel Group was full of praise for his country’s eastern neighbours, hailing their capacity for innovation and suggesting that combining that with Norway’s sense of adventure could be a recipe for success.

“About 10 million people live in Sweden. In Norway and Denmark, five million each. Twenty million would have been even better when it comes to selling cars, airplanes, or innovation,” he told GP.

“Think about what a fantastic country we would have been together,” he added.

Known for their love-hate relationship, the suggestion has provoked a mixed reaction among Swedes and Norwegians on social media, with some seeing it positively and others at the opposite end of the spectrum.

One Swedish tweeter using the handle Eva Hamlin wrote: “Nice idea. Time for a referendum?” Another posting under the handle Lewenhard said: “I’ve said it before and I’ll say it again, let's form a Nordic federation. Size is power.”

Other were less enthused. Tweeting in Norwegian, Xabilution wrote: “Stordalen wants to bring Norway, Sweden and Denmark together. How about giving your employees a decent salary first, Petter?”

Stordalen's comments were particularly noteworthy in their timing. His suggestion arrived on May 17th, Norway’s National Day, which marks the signing of the country’s first constitution after becoming independent from Denmark (Norway shortly afterwards entered a union with Sweden, before becoming independent for good in 1905).

The billionaire hasn’t been afraid of controversy in the past, once banning Scandinavian staples sausages and bacon from the menu at his hotel chain, before making a complete U-turn following complaints a week later. Another time he made a memorable impact falling off his jet ski during a promotional stunt.