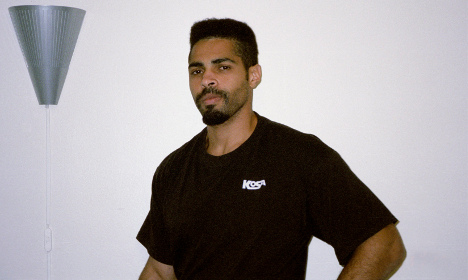 The statement from Borås said: “Borås believes that Jackie Arklöv had an improper relationship with a former official of the institution. [We] find this situation inappropriate and a threat to security as the former official possesses knowledge regarding the institution's procedures and safety. Jackie Arklöv should, therefore, despite his generally good behaviour, be transferred to another prison for security reasons.”

Two policemen, Olle Borén and Robert Karlström, stopped the robbers on a main road in Malexander, 25 km from Kisa.

But when they tried to arrest the three men, the officers were overpowered and shot dead with their own weapons.

Arklöv, a former neo-Nazi mercenary, was also convicted of crimes against international law perpetrated in Bosnia-Herzegovina in 1993.

The Stockholm district court found the former mercenary guilty of assaulting and torturing 11 prisoners of war and civilians during the conflict in the Balkans.

Arklöv was serving with a Croatian militia when the crimes took place. He confessed to six charges from the outset, and gave partial admissions to a further two crimes during the trial.

The Swede was sentenced to eight years in jail in 1995 by the Bosnian Supreme Court in Sarajevo.

He was released and returned to Sweden as part of a prisoner exchange after serving 16 months.

He has renounced his neo-Nazi past while incarcerated.