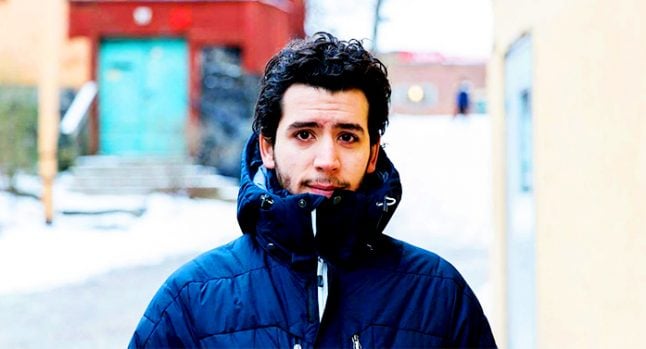 I love my name, because it’s my name. I feel like it plays a great role in my life.

My name is a very old Arabic one that’s existed even before Islam. But nowadays, if you Google my name, “Jihad”, trying to check the word’s etymology and understand it’s meaning; you will mostly find definitions like ‘struggle’ or a ‘sacred war’, ‘suicide bombing’ and so on.

But it’s not a sacred war.

The way I understand the term jihad is divided into two parts. First, it can mean the greatest jihad, which is fighting the bad within oneself. Second, it can also refer to a smaller jihad that means to defend oneself, home and country: Jihad is not to invade others, it’s to defend oneself.

In Sweden, I’ve been confronted again and again with the same questions and explanations as inevitably each new person I meet asks me “what’s my name?”

When I reply, “Jihad”, they ask with surprise, “Is that possible? Is your name really Jihad?”

And so I have to repeat the very same story every time, explaining the etymology of the word and its actual meaning.

Islam has existed since around 1,400 years ago and the Arabic language existed long before that – moreover, I think the word jihad has become a trend within the last few years and is merely used for the cause of propaganda and basically for media-related policies or objectives.

So now that I live in Sweden, my name has impacted me and those around me in different ways.

One day while in Gothenburg, I was riding the bus with two friends before I got off and departed from them at a stop at one of the city’s downtown squares.

As I was walking away from the bus stop, one of my friends still onboard realized I had left my bag behind and ran to the window, shouting my name: “Jihad, Jihad, Jihad!”

Though the square was quite loud from the crowds of people, I heard my name being bellowed from the bus and in no time the area became very quiet. I saw people start to look at me with suspicion and fear.

One woman walking with her child became panicked as she heard my name, and her face changed colour. But she only knows what she has heard in the media.

I’ve considered printing out cards with definitions of jihad pre- and post-Islam so that I can simply hand them out when people ask about my name.

Still, although my name causes me a lot of trouble, I really love it and will never change it.

The misunderstanding about my name is part of a greater web of misconceptions and stereotypes that people hold.

When it comes to refugees, people sometimes wonder: “You are a refugee, do you even laugh? You are Muslim, you must not drink alcohol.”

I believe one of the best ways to change these ideas that people still have, as well as to change the way people perceive one another, is to start shifting the way the media discusses these topics.

When the media starts to alter its discourse, so too will people change their own reactions.

Whether mass media or social media, these outlets are most people’s main sources for information and neither can be completely trusted for completely accurate information.

One example of how the media’s language shapes viewers’ perspectives is how Swedish media has labelled the large movement of refugees into Europe as a “crisis” for Europe. This term bears many negative connotations and implies that Europeans are the ones facing a crisis, not the refugees themselves.

It’s the refugees who are disadvantaged and homeless.

Offering refugees a sanctuary is basically and directly all about help because refugees are vulnerable and are in need of help. It’s not about boosting the economy or any other consideration that you may hear in the media.

It’s also not helpful to solely identify people by the fact that they are refugees. Since the beginning of time and the existence of mankind, there have always been forms of migration. All creatures migrate to find water, to find life.

We are now living in a time of great migration with around 60 million forcibly displaced people worldwide, according to the UN.

That’s why I started an online petition to change the discourse on migration by examining five principles we think could change the narrative to be a more human one.

We reached out to around 250 Swedish media outlets, asking them to join our petition and we have gotten some very negative and disappointing responses.

This community means a lot to me and in the future, my kids will live and grow up in this country. I want them to live in a healthy and diverse environment.

It’s odd that people talk often about migration and refugees, yet simultaneously refuse to talk to us.

But if we worked with one another, we could improve society together.

Jihad Eshmawi's petition: Let's move on: The age of migration is for real