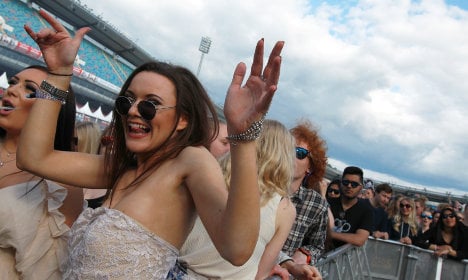 A scorching 29.1C (or as it's known in the Mediterranean, “a nice cool summer day”) was recorded in Sweden's second biggest city on Tuesday.

“It's the highest temperature measured this season,” commented Stina Kihlgren, meteorologist at national weather agency SMHI, as Gothenburg broke the year's previous record, 27.8C in Halmstad on May 24th.

And the Swedish heatwave shows no signs of cooling off. At least not in southern regions Halland and Skåne, where similar temperatures are predicted for the coming two days.

Thunder storms hit Halland on Tuesday, briefly knocking out power for around 5,000 people.

“It's raining a lot, electrical cabinets are on fire, there are grass fires flaring up because of lightning strikes,” fire and rescue officer Andreas Randevik told the Göteborgs-Posten newspaper yesterday.