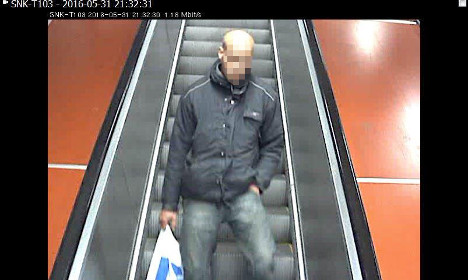 The victim, who is in his mid-twenties, was allegedly pushed in front of a train at 10.10pm on Tuesday night on the southbound platform of the green line in Stockholm’s T-centralen underground station.

Police released an image of an individual caught on surveillance cameras on Wednesday, asking for anyone with information to come forward. A man who is understood to be the same man from the image was later seized by police after witnesses recognized him in the Rinkeby suburb north of Stockholm.

The attack is believed to have been a random act of violence.

“As far as is known in the investigation there is no relationship between the suspect and the victim,” deputy chief prosecutor Mellberg told news agency TT.

“My opinion is that it was a randomly selected victim.”

The victim’s partner and witnesses told police that he was pushed from behind. As of Friday he was still being treated at Karolinska University Hospital for injuries described as serious but not life-threatening.

“He has severe head, neck and chest injuries but he is stable and he has been sedated since the incident,” Mellberg explained.

Defence attorney Frida Wallin told Aftonbladet that the accused had said little in interrogations, and that he appeared to be suffering from mental health problems.

“He doesn’t feel well. I don’t want to go into details as to why,” she said. 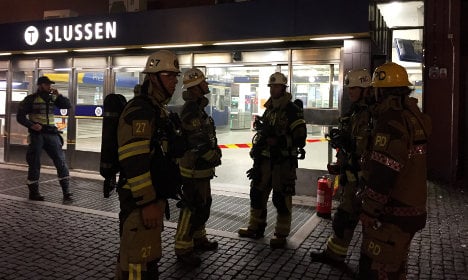